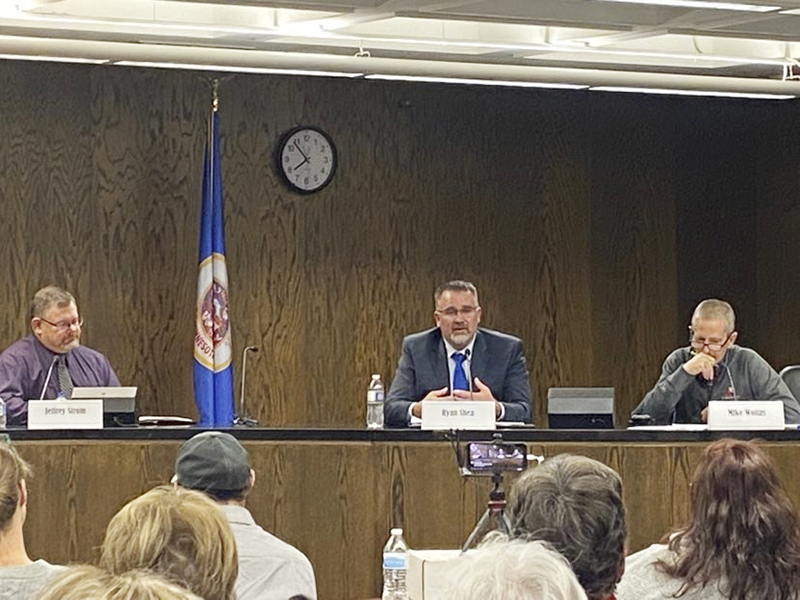 Freeborn County Sheriff’s Office candidates discussed what they would do if elected sheriff on Monday on issues such as a staffing shortage in the department, illegal drug use by youth and maintaining strong mental health amongst staff in a candidate forum sponsored by the Albert Lea-Freeborn County Chamber of Commerce at City Hall.

It was the first night of three this week slated for forums for candidates in the area. Also talking Monday were candidates running for the Freeborn County Board of Commissioners and Senate District 23 and House District 23A.

“For me having that variety was one of the things I was looking for,” Shea said. “It fit my personality and it still does today.”

He said he knows being sheriff is more than just managing and supervising deputies out on the road and with investigations — that there is also the jail, transport deputies, court security officers, dispatchers, records, civil process and emergency management with over 70 employees.

Jeff Strom has been with the Albert Lea Police Department for 35 years and working as lieutenant for 26 years. He said he has been involved with numerous efforts over the years, including the Toward Zero Deaths program, the point of impact program, graduation after parties and community outreach. He is also an active police officer and supervisor within the department.

In addition,n he is involved in numerous efforts throughout the community, including the United Way, American Red Cross, Crime Victims Crisis Center, Albert Lea Family YMCA and Freeborn County Child Protection Team and advocates for these agencies whenever he can.

He said he decided to run for sheriff because he thinks he can make a difference in the department.

“Over the years, I’ve worked with many different sheriffs,” he said. “I’ve seen many different things go on in the department. I just think I could make a difference in the Sheriff’s Office. I have good morale and good standing within my department, many different ideas for community policing to be out there.”

He said the small towns are “starving for law enforcement out there” and to have their voices be heard.

Regarding the staffing shortage facing the department, Strom said he had heard that a few new people had been hired but said he would be in favor of potentially discussing the use of part-time employment in the jail with law enforcement students attending Riverland Community College and recruiting former members of the military. He noted there are different ways to become a law enforcement officer.

He said he thinks the department needs to not only promote the Sheriff’s Office but also Freeborn County and the reason it is a good place to live. He noted he has given some of his ideas to current Sheriff Kurt Freitag and even attended a job fair in the Twin Cities recently.

When asked what the top issues were that they’re hearing about in the community, Shea said he is hearing whether he is a proponent of the Second Amendment, as well as mental health and drug use by youth.

He referenced a case of 11 people were stabbed by someone with a knife and said the only thing that stopped that man with a knife was a “good guy with a gun.”

“The Second Amendment is there so we can protect ourselves … it’s very much necessary,” he said.

Regarding mental health, he said the department trains in different crisis intervention scenarios, as well as autism awareness. He said people who are committing crimes, people who are using drugs and people having a mental health crisis, often consider same behaviors, and deputies need to be trained so they know the difference.

Regarding overdoses amongst youth, he said he would like to get more education out in the schools.

Strom said he’s hearing about a lack of visibility in the county from people living in rural areas, and he would like to get deputies back out into community events, including football games, meetings and with city councils.

He said he is in support of responsible gun ownership but gets upset when he hears about instances with irresponsible ownership with people leaving guns laying around.

He also mentioned his previous work with the city attorney on trying to do something about mental health. He said they have to head off mental health concerns before it gets to the point of a shooting.

Regarding illegal drug use by youth, Shea said he would like to get deputies back in the schools, educate the public and get someone from the department back on the South Central Drug Investigative Unit.

Strom said he thought there needed to be a coalition of many partners, including parents, to address the issue.

“We all need to get together and have a common goal,” he said.

He also said there needs be accountability and pointed out the role social media plays in causing problems.

Both men said thought mental health in officers was a big issue to promote and noted the yearly checkups for mental health the officers and deputies are required to take.

Strom said he thinks it’s the role of a supervisor to reach out and check on an officer if he or she is struggling.

Shea said he had a close friend who left fire service early because of PTSD and law enforcement needs a place to deal with the traumatic things they see and move forward.

The deputies and officers can utilize mental health services year-round and said he would promote having a buddy or team system where staff can also look out for each other.

Check back for more information from the other forums. 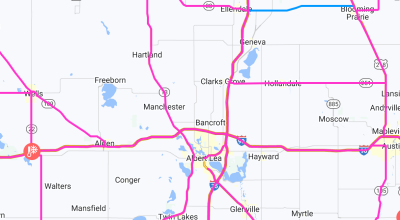