The Society of Professional Journalists has honored Dave Aeikens posthumously with the Wells Memorial Key, the highest honor for an SPJ member. 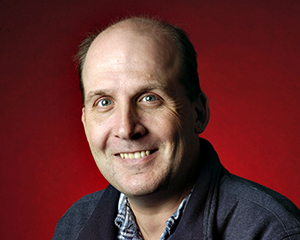 Aeikens, who served as SPJ national president from 2008-2009, died on Nov. 24, 2021, of complications from a liver condition. He also served as Region 6 director, president of the Minnesota Pro Chapter, chair of the Legal Defense Fund and was a longtime board member for the Sigma Delta Chi Foundation, now the SPJ Foundation. He also volunteered for other journalism organizations and initiatives, including being one the founding organizers of the Midwest Journalism Conference, held by SPJ Region 6 in conjunction with other media organizations.

“SPJ is a richer and stronger organization because Dave gave it his all,” said SPJ National President Rebecca Aguilar, in a statement issued at the time of his death. “He was passionate about journalism, committed to making sure we journalists were treated fairly, and always the stellar storyteller.”

In their letter nominating Aeikens, Kevin Smith, SPJ national president from 2009-2010, and Joe Radske, current Region 6 coordinator, said Aeiken’s service to SPJ is “long, honorable and certainly distinguishable,” including his leadership of SPJ after the death of Terry Harper, SPJ’s executive director, in 2009. His guidance with the search committee for Harper’s successor was “professional, exact and inspiring.”

Aeikens is also credited as the father of the Excellence in Journalism convention. He was instrumental in building the foundation of those conventions and the partnership the Radio Television Digital News Association, with the last being held in San Antonio in 2019.

A graduate of the University of St. Thomas in St. Paul, Aeikens began his career in southern Minnesota at the Albert Lea Tribune, his hometown newspaper, later the West Central Tribune in Willmar and eventually the St. Cloud Times, where he worked as a reporter, editor and digital journalist. He later served as a digital journalist for KSTP, the ABC affiliate in the Twin Cities, and in communications for the Minnesota Department of Transportation.

Aeikens was honored at the President’s Award Banquet at MediaFest22, SPJ’s annual convention. The award will be sent to his parents, Leo and Sara Aeikens, and was accepted on their behalf by his good friends Smith and Radske.

Named for Chester C. Wells, the second president of the Society, the Wells Memorial Key is awarded to an SPJ member who has performed outstanding service to the Society in the preceding year or through a period of years.