An Albert Lea woman was sentenced to seven years and four months in prison Wednesday for selling methamphetamine five times to informants with the South Central Drug Investigation Unit in 2020. 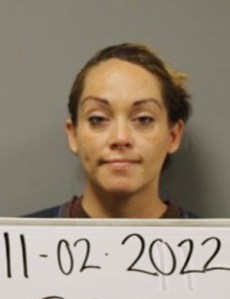 Victoria Ann Rivera Lopez, 35, pleaded guilty to one count of an amended second-degree sale of drugs in September, after initially facing one count of first-degree sale.

She had two previous second-degree sales convictions from 2011.

Court documents stated Lopez sold informants a combined 33.7 grams of meth in July and August 2020 at unspecified locations in Albert Lea. The sales were considered controlled buys under the supervision of the South Central Drug Investigation Unit.

Lopez’s lawyer had argued for a probationary sentence from the presumptive guidelines and stated a lengthy supervised probation with continued programming would afford justice and provide Lopez with an opportunity for rehabilitation.

In a memo filed for the departure motion, attorney Derek Hansen argued Lopez has worked full time at a gas station in Albert Lea since early 2020, which has allowed her to financially support her young children and family. He said she has also been cooperative and respectful throughout the case.

He also talked about her success with previous probationary terms and through the Minnesota Teen Challenge program.

Hansen said at the time of the offense, Lopez was in a dark place and has since pulled herself out of it and placed herself on a sober path, completing Fountain Centers outpatient program in 2021. She also restarted her education, enrolling at Riverland Community College and seeks a psychology degree.

Lopez will serve the prison time at the Minnesota correctional facility in Shakopee, the sentencing order stated. She will receive credit for 21 days already served.