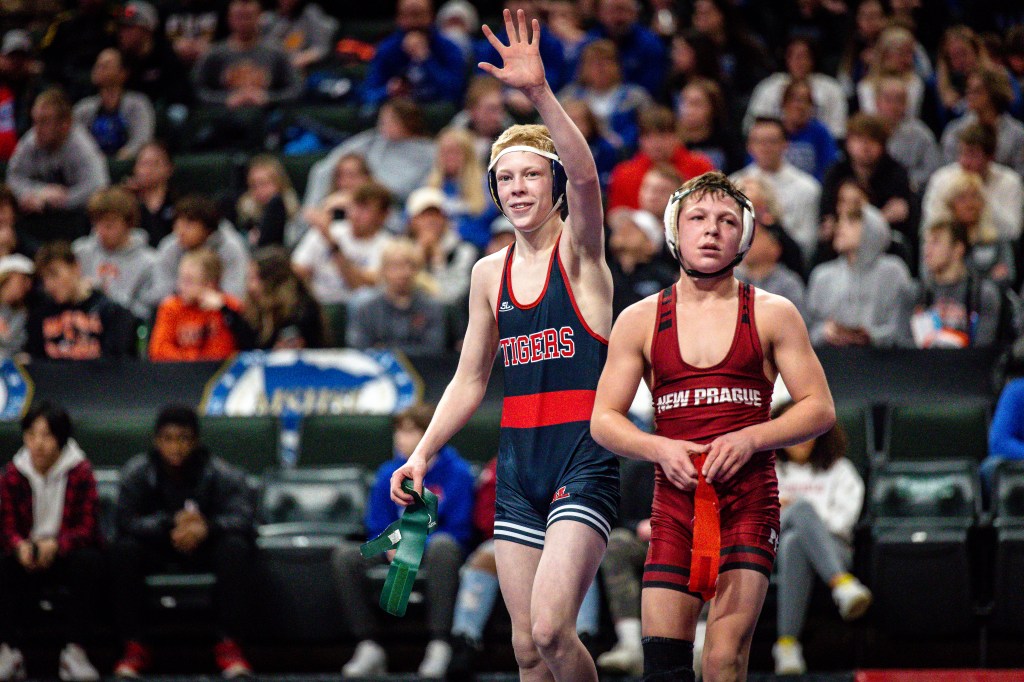 Olson etched his way into Albert Lea’s history books in his sophomore season, winning the state championship at 106 pounds in Class AA.

This season he is turning heads as he is ranked on many national boards and listings prior to the start of the Tigers season. The junior is currently ranked No. 13 on The Guillotine’s pound-for-pound statewide rankings, No. 14 in FloWrestling.com’s list of 113-pounders in the nation and No. 45 on FloWrestling.com’s list of junior recruits in the nation.

“I am super excited and blessed to announce my commitment to continue my academic and wrestling career at North Dakota State University,” Olson said on his Instagram page. “I want to thank my coaches, teammates, friends and family for their support and encouragement throughout the years.”

Olson is also active on the soccer field and baseball diamond when he isn’t training for wrestling.

Olson and the Tigers get their official season started Dec. 1 at a tournament in Iowa City. Their first home appearance is slated for Dec. 9 against Rochester John Marshall.