Barbara “Barbie” Lee Ramirez, 79, went to heaven on November 8, 2022. In her final days, she was  surrounded by her loving family. 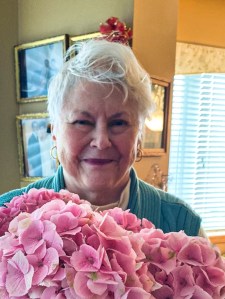 She was born September 17, 1943, in Albert Lea. She was a graduate of South High School in  Minneapolis, June 1961. At the age of 18 she moved to southern California where in the years following,  she met her husband, Raymond Ramirez. They were married in June 1969 and had two daughters. They  remained in California until moving back to Albert Lea in 1995 and moved up to the Twin Cities in 1998.

Barbie was a successful real estate agent in California and Minnesota, and she loved being able to help  people find or build their dream home. Barbie enjoyed crafting, reading, and playing games with her  family.

Barbie volunteered for many organizations including the Capital NTL Television Prayer Ministry and  church holiday decorating through the Assemblies of God Church, American Red Cross Program, and  was a docent at the State Capitol in Sacramento.

Barbie is survived by her husband of 53 years, Raymond of Prior Lake, MN; daughter, Heather and  husband Robert Schlegel of Excelsior, MN and granddaughters Arden and Sophia; and Serenity and her  husband Tracy Haun of Jacksonville, FL.

Barbie was most known and loved for being a faithful prayer warrior for her family and friends. She had  spent 15 years dedicated to an hour in the prayer room on Thursday’s (which became her favorite day of  the week) while a member at Capital Christian Center in Sacramento, California. She was a God fearing,  family loving, wanting to “be in the know” kind of woman who will be greatly missed by many.

In lieu of flowers, please make a donation to the American Lung Association in her honor.