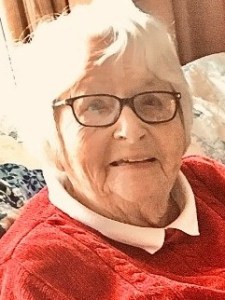 Beverly was born on December 30, 1931 to Dale and Leota (Lestrud) Dearmin in Austin, MN. She was raised on the family farm by her mother and grandparents; as a child she lived near her aunts and uncles resulting in close relationships with her cousins who were lifelong friends. She attended country school and graduated from Blooming Prairie High School. Following graduation, she attended Winona Teacher’s College, where she met her beloved husband, Richard. After her graduation from college, Beverly moved to Lovelock, NV where she taught 6th Grade. She returned back to Minnesota to teach in Houston, MN and was wed to Richard on December 23, 1953 in Austin, MN. As a newlywed couple they moved to Virginia, where Richard was stationed with the US Army. After a year, they returned to the Midwest and eventually made their home in Albert Lea where they raised their 4 children. She was employed at Fountain Lake Treatment Center as a unit secretary where she worked for 17 years.

Beverly had a zest for life and loved her family dearly. She adored her role as Mother and Grandma and made sure that everyone was well cared for and fed. The Hart family cabin north of Grand Rapids hosts generations of memories. Many trips were taken across the country by Amtrak train travel with her children and grandchildren, because Beverly did not like flying. She also enjoyed many road trips with her sister, Nellie and sister-in-law, Dorieta. Beverly was very involved in the Albert Lea Humane Society and had a passion for her Dachshund pups. Her garden was her pride and joy and was carefully tended; when mobility became difficult for her she then delegated tasks to family to assure that her garden was always pristine. She was a member of “Friends of the Library” and was a voracious reader of daily newspapers and many types of books. Her favorite pastime was ‘sitting out’ on the deck her husband built for her. She enjoyed her morning coffee while watching the many birds and squirrels that lived in the sanctuary she created.

She was preceded in death by her parents Leota Dearmin and Dale Dearmin; grandparents, Sam and Sena Lestrud and George and Bertha Dearmin; her husband of 60 years, Richard; daughter, Janet Deane; sister, Nellie Mae (LuVerne) McGrand; and niece Jill McGrand.

A memorial service will be held on November 18, 2022 at 1:00 PM at Bonnerup Funeral and Cremation Services in Albert Lea, MN; Scott Sokol will be officiating. The family will receive friends one hour prior to the service. Interment will be at Red Oak Grove Cemetery in Corning Township, MN. Memorial contributions can be directed to the Albert Lea Humane Society.