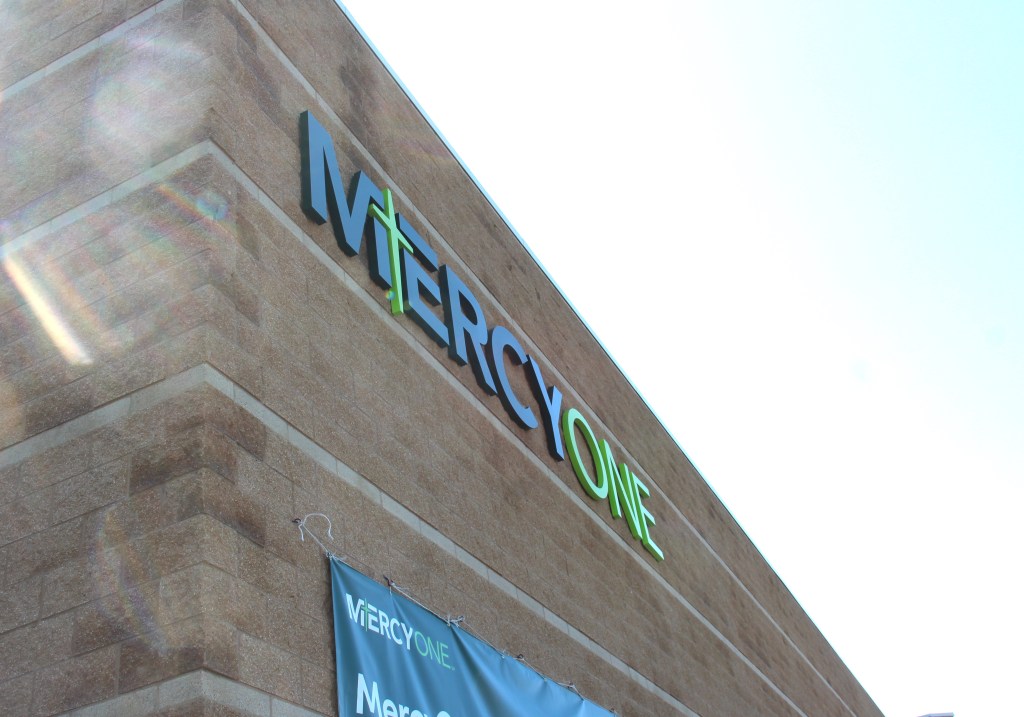 The issue of the Medicare Advantage plan not being in-network came about a year ago at the nascent stage for the clinic, and seniors were calling Arends and he was asking how that was possible.

“For all the other types of insurance other than Medicare, MercyOne Albert Lea was in the network,” he said. “So after digging and digging, finally somebody from Blue Cross said, “Here’s the deal. We have a contract that we signed with Mayo several years ago that says that the network is primarily Mayo and it will not include anybody else unless it’s agreed upon by both Mayo and Blue Cross.’”

That left people in the area upset, and Arends went to Keith Ellison, Minnesota attorney general, and Blue Cross. Seniors, themselves, also wrote and called the insurance company, Ellison and U.S. Sen. Amy Klobuchar. But there was no way to change the contract, which was set to expire at the end of 2023. That meant citizens with Blue Cross’ Medicare Advantage plan wouldn’t be covered at MercyOne.

“Insurance companies go and negotiate networks for the benefit of their policyholders,” he said. “Those networks are set up to push people to those health care facilities that are approved, that are a part of that network.”

Arends said the deal between the insurance company and Mayo was for five years and ended at the end of 2023. Arends admitted the situation was discouraging and knew seniors were a serious source of support in what is now the Albert Lea Healthcare Coalition. The coalition itself didn’t know about the agreement until after open enrollment was over last year.

“They wanted to go [to MercyOne], but they couldn’t because it wouldn’t be paid for by the insurance company,” he said.

And people were not happy with the news.

“The seniors were some of the most passionate supporters of Save our Hospital and the Albert Lea Healthcare Coalition,” he said.

He called the news of MercyOne being in-network for the Medicare Advantage plan a wonderful surprise, and he commended Mayo for agreeing to the change.

“I never thought Mayo would agree to this,” he said. “They’ve been so unbending about how they’re going to handle the Albert Lea situation. There was never any room for negotiation.”

In fact, the Save our Hospital Coalition, now known as the Albert Lea Healthcare Coalition, formed in the hopes of compromising with Mayo. And that didn’t happen, at least until now.

He described the moment he learned of MercyOne’s inclusion as “pure joy,” admitting he was not expecting the news and said he didn’t think the moment would happen until the end of next year.

Arends described the decision to include MercyOne as an example of “being a good corporate citizen.”

The decision to include MercyOne was important for the coalition because an increased patient load will help them move to the next phase of their project, which is to build out the current MercyOne clinic more.

Those not in the Medicare Advantage plan will not be impacted.

According to Arends, Blue Cross Blue Shield is the largest health insurer in the state. According to a press release from Jean Eaton of the Albert Lea Healthcare Coalition, the Medicare Advantage plan south region is available in 11 counties: Blue Earth, Dodge, Faribault, Fillmore, Freeborn, Houston, Martin, Mower, Nicollet, Olmsted and Steele.

Arends said the HealthCare Coalition was in the process of communicating to local insurance agencies the news of MercyOne’s inclusion in the Blue Cross Blue Shield Medicare Advantage plan. They also plan to reach out to a select group of seniors as well as visit local employers.

“Employers get a lot of questions on Medicare, they do from retiring employees and things like that,” he said.

At the same time, he admitted it would have been nice to have heard about the decision a month ago, before insurance enrollment for next year started, but said he’d take what he could get.

“I know some people have already made their choice,” he said. “Now they can redo their choice. They have the ability to do that.”