Franklin Richard Means was born in Albert Lea, MN on February 10, 1934 to Henry and Stella (Madson) Means, the youngest child in the family of 7 children. Frank, died November 14, 2022 at the Eagle’s Nest group home where he was a resident for several years. He had the privilege of helping name this facility and this showed his love for the American Bald Eagle. He was proud of his room there and showed it off to all that came to visit him. From his window he could see deer, eagles, and other wildlife which he took joy in watching. 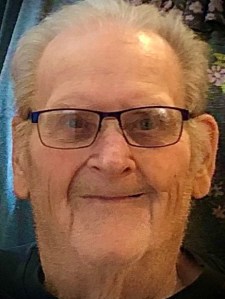 As a young boy Frank had an accident that left him with mental limitations. These limitations enhanced his emotional being. He was a kind, thoughtful, grateful, cheerful, and lovable man. He loved his family above all else and would share stories of his life to those that wished to listen. His mother, Stella, quit her teaching job to teach Frank at home. In his middle years Frank was able to live independently in his own home on Front Street and was affectionately called the “Mayor” by the children in the neighborhood. Family and friends would help Frank make this independent lifestyle work and he thrived in his own environment. Frank was allowed to work for Lou Rich for many years through the help of Cedar Valley Services Inc. Here he meet many individuals whom brought joy to his day and would often comment about what a loyal employee Frank was.

Frank also was a collector of belt buckles and even was featured in the Albert Lea Tribune for this feat. He also loved to work on models of planes, trains and automobiles. In his later years he also made beautiful jewelry. Frank was a great fan of the MN Twins and the MN Vikings, he was always so proud to wear each team’s merchandise and show what a big fan he was. Frank was even able to attend a Vikings game with his big brother, Dean (Bud) and his niece. Each time we would visit with Frank he would mention this over and over again as it made a lasting impression.

Frank is preceded in death by his parents, Henry & Stella, his siblings; sisters Mildred Wolff, Beverly Boone, Phyllis Phillips, Donna Estebo, Joy Christian and brother Dean (Bud) Means as well as their spouses. Surviving Frank are his many nieces and nephews who will always have a special place in their hearts for “Uncle Frankie”. Over the years Frank made many friends at work and in the community, your friendship meant so very much to him and to his family.

A special thanks goes out to the staff at the Eagle’s Nest for their kind, compassionate care and friendship to Frank. Bonnerup Funeral Home is in charge of arrangements. No service will be held at this time, a private memorial service will be held to celebrate Frank’s life for family at a later date.