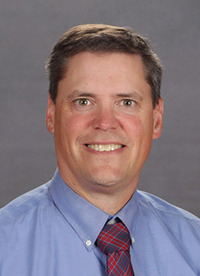 “Very often we are not able to tell the public or tell students in the building or tell teachers what actually happened,” he said.

In addressing how bullying and harassment were reported in the school, Dibble said information was collected by deans, principals, counselors and social workers and included interviews with students and collecting video evidence.

“All evidence is documented,” he said. “We include law enforcement when required.”

He said while it might seem like administrators weren’t doing anything, it was because they weren’t allowed to share any data or confidential information relating to a student, whether that involves a suspension, a discussion or a parent phone call.

“We are not allowed to report back to the alleged victim what we did,” he said. “Very often that looks like no action when in actuality this is done every time we receive a report. It is documented on paper. [Superintendent Ron] Wagner has access to all reports. If he wants them, we keep them [on an online system].”

To that effect, he said the best way to get things taken care of was for anyone in the building to identify issues and report to staff.

“One of our biggest challenges because of the laws and regulations with the privacy, one of the things I see happening though to is our ability to react to social media issues, especially if it’s off-site, off-campus,” said Dennis Dieser, treasurer for the board.  “There’s a lot of times we might know what happened, but legally bound you have to follow through. We know that kids are out there that have a lot of issues, but what’s the best way we can work with them?”

Dibble said the best way for the board to support the school was to “just know what we do” though he admitted from an outsider’s point of view it could look like the school didn’t do anything.

Board member Angie Hoffman said she was approached about the idea of having adult volunteers at the high school to “keep the peace.”

“I think it would be eye-opening,” he said. “If they can pass a background check I wouldn’t turn them away.”

Student representative Marissa Hanson said such an idea could help the school get support or feedback it needed.

He also addressed the types of visits he was seeing at the high school.

Seniors had the lowest amount of out-of-school suspensions, followed by juniors, sophomores, freshman and then eighth graders. Dibble attributed the lower suspension rates by older students to maturity level.

“On average, .67% of our student days have been lost due to out-of-school suspension,” he said.

Violent behavior was also on line with where the high school had been in the past. So far this year there have been less than 10 fights in eighth grade, less than five in ninth and 11th grade and around one in 12th grade. There has not been a fight in 10th grade.

“It’s not OK,” he said. “Everybody who fights or gets in a fight, we work with Albert Lea PD, we give disorderly conduct tickets, we do give fifth-degree assault tickets for these types of incidents,” he said. “We are doing what we can to make the environment a safe place.”

He also admitted this year would be tougher because the new eighth graders were coming out of COVID in middle school.

“We did hear from students last week in which they felt they weren’t heard,” said Ron Wagner, the district’s superintendent. “We heard from them in their actions, but what we need to do is create an environment in which the students feel safe to be able to speak up, safe to find that adult that they have a trusting relationship to be able to come and report when they’re not feeling safe.”

He also emphasized no student should feel unsafe or invisible. He also felt it was essential the district continue to do better.

To that effect, he said the district was looking into a national bipartisan grant that would provide additional support. The grant program, called the Bipartisan Stronger Connections Act, is worth over $1 billion and would be given to State Educational Agencies and distributed under Title IV, Part A of the Elementary and Secondary Education Act of 1965. Under Stronger Connections, SEAs would make subgrant awards on a competitive basis to Local Education Agencies.

“This is something that we take very serious,” he said. “It’s dear — it’s a priority of mine as a superintendent and we will continue to do better.”

He also noted students, staff and community were being heard.

“What hurts us the most with our MCAs is our participation rates,” Dibble said. “Very few of our students take the MCAs.”

He described participation rates as “very low” but didn’t know why, though he wanted to know why and argued taking them would give the staff a chance to find out where improvement was needed and how to help.

The district also offered the Armed Services Vocational Aptitude Battery test, which was given by the military and was the test Dibble described as the best for students planning to head straight to the workforce after graduation.

Besides ASVAB, another test offered was Accuplacer for students going to two-year schools.

In terms of demographics, there are 199 seniors, not including seven currently in online courses, 203 juniors, 249 sophomores, 274 freshmen and 263 eighth graders. Over 60% are white, 20 are hispanic and almost 10% Asian.

Over 42% of high school students qualified for free or reduced meals, over 6% were English learners and 14% were special education students.

The school has over 141 staff with 74 teachers and 23 paraeducators making up the largest employee demographics.

“I know every one of these staff members are in this because they want to see our students do great things and be safe and be collaborative with them,” he said. “I can guarantee that 141 1/2 of them are all on the same page with how we treat students.”

Attendance at the high school last year was just under 80% and just below the state attendance average.

In the first quarter of this school year, ninth and 10th graders both had at least 4,000 tardies.

“There’s two things that these students have faced in their past that kind of make it [that] we’re re-training them on how to be on time, how to be a part of a society,” Dibble said.

One reason was that the students were in middle school during the pandemic. Dibble described those years as transitioning students from being in the same group to going from classroom to classroom.

The other reason was the Great Recession.

“This group of kids really had a struggle in learning some of the skills that it takes to be a betterment to society,” he said. “So we’re doing to catch up with them and make sure that we make their time at school focused on what it’s going to be like once they get out of high school and enter a career or college path.”

Among highlights, the number of tardies and absences has significantly fallen from the first quarter to the second with the implementation of phase 2 of Operation Be On Time.

Dibble would like to see increased participation in assessments, as well as the continued improvement in attendance.