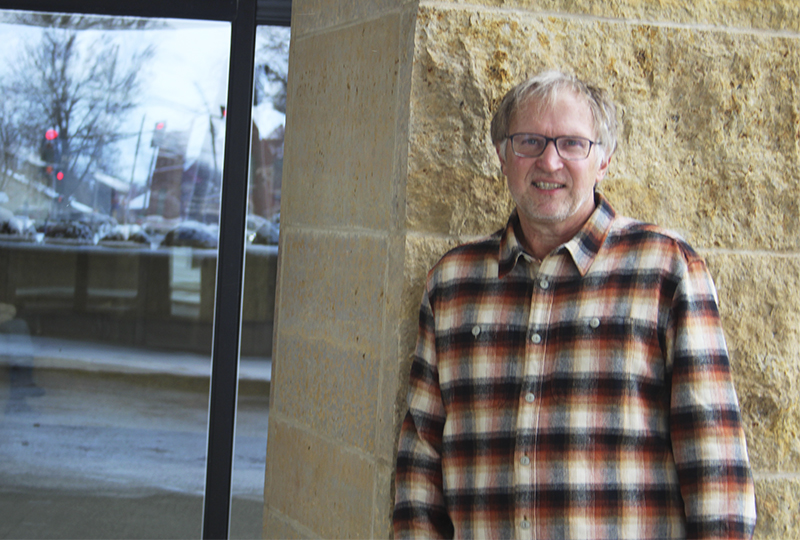 After over 30 years in medicine, Steve Wiese retired from his work as a medical doctor two weeks ago — Oct. 28 to be exact.

Though he never had a set time frame for retirement, the idea was in the back of his mind for the last couple years

Wiese, a family practitioner who trained in the Quad Cities in Iowa, has been in Albert Lea since he completed his residency in 1989, with a career spanning 33 years. He originally joined what he described as a “very active” primary, multi-specialty care clinic, where he worked in traditional family medicine for the first seven years of his career in Albert Lea.

“I would see patients — I think I worked 4 1/2 days and had a half day off to regroup during the week,” he said.

His schedule was filled with everything from newborn babies to children, young adults and geriatrics. Wiese estimated he delivered 50 babies in his early career, and the family practice department staffed the emergency room, meaning he worked in that department typically one night each week.

“We would see more the urgent care, the acute illnesses throughout the day,” he said. “During that time we were also covering the emergency room for the primary care clinic.”

While providing emergency care, a call went out to see if anyone was interested in becoming the medical director and serve as a full-time emergency provider at what is now Mayo Clinic Health System in Albert Lea on Fountain Street.

After thinking about it and consulting with his family, he left his role in family practice to become a full-time emergency physician on a trial basis.

He stayed in that role for 22 years, but left after he got tired and was “burned out” from shift work that included nights, weekends and holidays.

For the last four years, he provided senior care at local nursing homes, as well as nursing homes in Austin, New Richland, Blooming Prairie and Wells.

“It was an awesome experience for me,” he said. “It was a great transition from ER to that sort of practice.”

Wiese described that portion of his career as “an awesome experience” that allowed him to forge great relationships.

Wiese, who described himself as a “farm boy from Iowa” whose grandmother taught school and father was a father, said he didn’t come from a family with college graduates. But he was very close to Gladbrook, Iowa, and his hometown’s family physician.

“He was kind of a role model as I grew up,” he said. “Just loved the thought that he was kind of the pillar of the community [and] a family physician who provided primary care to everybody.”

He also admitted to doing well in school and was particularly fond of math and science.

“Even in high school I was contemplating a career in medicine just because of those things,” he said. “Excelled pretty well academically and also my role model as our family physician in town.”

He liked the idea of providing care on a broader spectrum to a wider range of patients, and considers himself a people person and enjoyed forming relationships with staff, patients and families, something that particular medical field allowed him to do.

Wiese’s favorite part of his career: relationship-building. He described it as a privilege to serve as a primary care physician when people would entrust him with their lives and cares.

“What I gained from relationships and being a part of this community for those 33 years is just very special,” he said.

He said he poured his heart and soul into the practice, something that demanded his time and energy and took away from free time with family and hobbies.

On the other hand, he did not appreciate all the paperwork that the role entailed.

“I’m kind of notorious for not enjoying the paperwork and documentation and then ultimately the electronic medical records part of my practice,” he said. “I didn’t like that very much, wasn’t very good at it, so I kind of put those things off and would choose to spend more time with patients and families and colleagues.”

The amount of time spent on the task actually played a role in his decision to retire.

“The amount of computer time that I had to spend, and I would say maybe 90% of my time in the past years was spent clicking a mouse and using a laptop computer,” he said. “Maybe 10% or 15% was actually face-to-face time with patients and families, which is what I truly loved.”

Wiese said he was currently unsure about his future, but he planned to be more physically active, take care of his home and property, travel, read and volunteer.

And to his former colleagues and members of the community, he thanked them for the memories.

“I’ve lived here my whole life, I raised my family here,” he said. “I’ve seen just massive changes in the organization and the personnel, and so I’ve made so many close friends and so many great relationships. And I’ve learned so much from colleagues and fellow staff.

“It’s just been such a privilege to be a part of this medical community and part of the community in general.”