Murray to lead city as mayor; 3 new councilors and 1 incumbent to serve 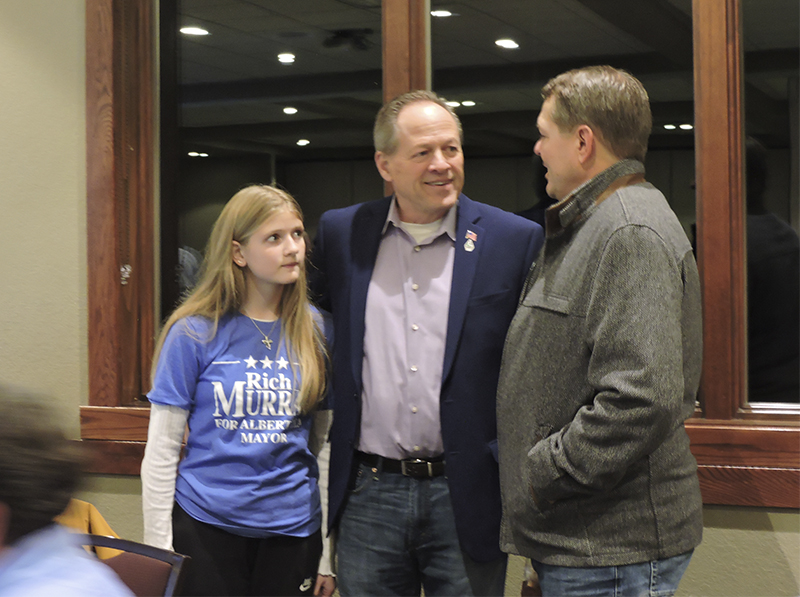 First Ward Albert Lea City Councilor Rich Murray will lead the city in 2023 in a new role as mayor.

He will replace current Mayor Vern Rasmussen Jr., who announced earlier this year he would not seek reelection.

He looks forward to continuing with some of the initiatives the council has been involved with in the last couple years, including job creation, creating more housing, updating and renovating existing housing and continuing to work on the budget to keep taxes in line.

Murray said he also wants to work with the Albert Lea school district and Riverland Community College to educate employees for different employers in the community. He said he thinks the community can keep a lot of young people here and help people learn new skills who are already in the city.

The Albert Lea City Council will see three new faces in January with the election of Rachel Christensen to the Ward 1 council seat, Sherri Rasmussen to the Ward 4 seat and Brian “BJ” Anderson to the Ward 6 seat.

Incumbent Ward 2 Councilor Larry Baker was reelected to another term.

“I’m very pleased and looking forward to getting to work,” Christensen said of the outcome.

She said the immediate future will involve getting up to speed on everything the council is working on, and she noted she is looking forward to working with and helping Murray with the initiatives he wants to get in place.

Baker, who was first elected to the council in 2006, said he was grateful for the support he received, for being reelected and for living in the community. He thanked all the people he met and spoke with him while out walking and door knocking this summer.

“The next four years I will work even harder for Ward 2 and the community,” he said.

Rasmussen said she is happy at the opportunity to serve the community.

“I’m just really looking forward to talking to people and finding out what is important to them, seeing what I can do to improve the city,” she said.

She asked that people call her at 473-5561 about their concerns so she can represent them the best way possible.

Anderson said he was humbled at the vote and pledged to do his best.