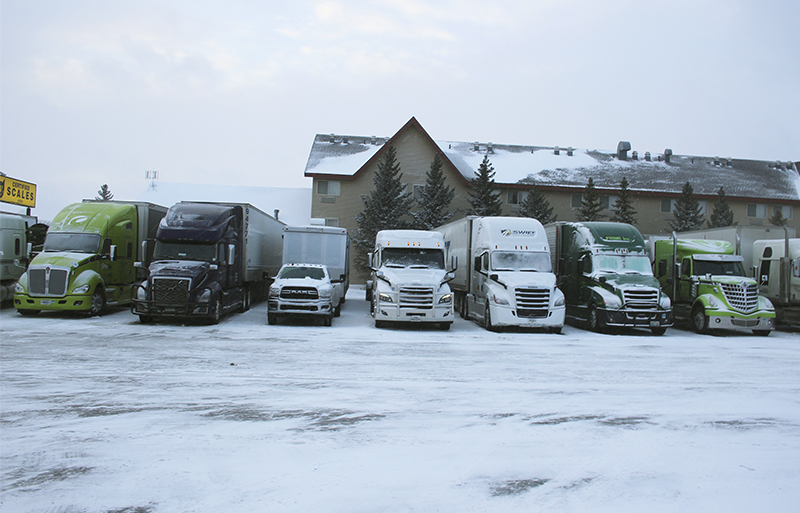 Semis line up in one of the Trail's Travel Center parking lots during the storm Tuesday. Alex Guerrero/Albert Lea Tribune

Snow that fell on the area Tuesday led to numerous crashes on both interstates 35 and 90 in the Albert Lea area.

Though only a few inches of snow fell on the area, slippery roads were reported and several reports of rollovers and jackknifed semis were reported, leading to temporary road closures. Look to the Tribune online for more information about the crashes as it becomes available.