An agreement was made between the Albert Lea Hockey Association and the city of Albert Lea to enlarge the hockey rink at the fairgrounds to 70-by-185 feet from its previous 60-by-145 feet. 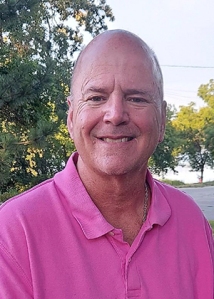 Doug Peterson was to be Albert Lea’s lone representative at the Minnesota State High School cross country meet being held at the University of Minnesota Golf Course. Peterson placed fifth in the Region One meet to qualify.

Former Minnesota Gophers football coach Murray Warmath was set to be the featured speaker at the fall sports banquet being held at St. Theodore church.

Albert Lea’s Brad Katzung, a starting lineman for the University of North Dakota football team, was named Lineman of the Week in the Sioux’s 51-21 win over South Dakota State.

Albert Lea High School hockey coach Les Etienne was heading up a floor hockey clinic that was being held at the Albert Lea YM-YWCA.

Minnesota Vikings rookie Adrian Peterson rushed for an NFL record 296 yards in the Vikings 35-17 victory over the San Diego Chargers.

Albert Lea sophomore defender Sophie Miller was named a recipient of the Wells Fargo All-Tournament team for Class A girls soccer after the Tigers made their first state tournament appearance in school history.

Albert Lea’s Chrissy Monson finished her five-year career by placing 126th at the Class 2A girls’ cross country meet at St. Olaf College. It was Monson’s fifth straight appearance at the state meet.

The Seattle Seahwaks defeated the Minnesota Vikings 30-20. Adrian Peterson ran the ball 12 times for 182 yards and two touchdowns in the loss.