Updates from Upperclassmen by Gavin Hanke and Patrick Holcomb

The Albert Lea boys’ cross country team put a wrap on what has been a very eventful and successful season. There were many ups and downs, but here are some very memorable  moments this year. On Oct. 27 the boys cross country team had one of the biggest races of the season, the Section 1AA meet. This race would determine whether the boys would make it to state. With everything on the line, they had to leave it all on the course. Tensions were rising between the teams, with only two of the 12 being able to qualify for the state meet. Albert Lea had a strong second-place seed with Winona being predicted to win by 20 points, and Stewartville 30 behind Albert Lea. 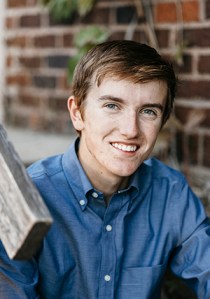 Leading into the Section 1AA meet, the boys changed their goals from last year’s second-place finish to a hopeful first-place finish at this year’s meet, but knew they would have to work for it due to Winona being such a dominant team throughout the season. This year’s Section meet was held at the beautiful Bancroft Bay Park in Albert Lea. As the 12 teams arrived, pressure filled the air with it possibly being the last time any of them got to compete. As the race concluded, the Albert Lea Tigers and the Winona Winhawks came to a close finish, with the Tigers scraping by just one point. The Tigers were thrilled as they had become the champions of Section 1AA and punched their second consecutive trip to the Minnesota State Championship. With state now in mind, many of the runners looked to set new goals for themselves at St. Olaf.

The week of state had finally come around, and the team’s anticipation for that Saturday evening was at an all-time high. The school body had shown support through many things, one of which being a competition between the school’s advisers on who could make the best poster for the team. On top of that at the end of the week, the team got a sendoff by an  assembly of the entire school, having a few captains talk to the student body about how the season went and giving thanks to the students for their support and thanking the coaches for all they had done. After that the team left for St. Olaf, the location of the state meet, to scope out the what the course and competition would look like for the next day. 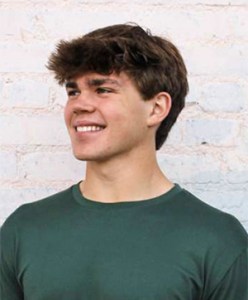 The team had a second sendoff that anyone in town could come to the following afternoon, leaving once more for St. Olaf. The Tigers could feel the pressure of that chilly morning the moment they walked into the track complex. They knew that it would be many of the senior’s last race, and the starting line was just a minute’s walk away. Before the team knew it, 3:30 came up in the blink of an eye, and they were set on the starting line. Just as fast as the race came up, it was done. The boys finished 13th out of 16 teams.

Overall the 2022 cross country season went very well, with it being one of the most memorable ones for coaches and runners alike. The team will be losing five of the seven varsity runners, which will hinder the next year’s team. Nonetheless, there will be a plethora of hidden talent that will be revealed as the underclassmen of the team mature. The team’s seniors couldn’t have asked for a better last season. Having hundreds of miles put on their bodies throughout the years paid off for a final hoo-rah.