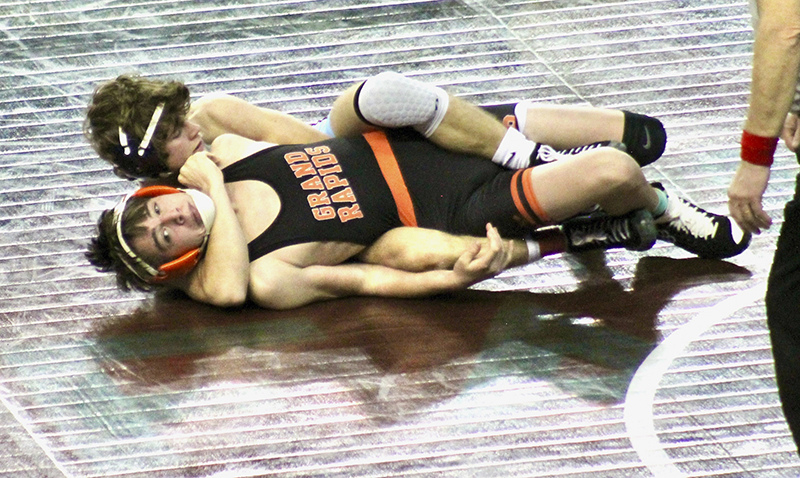 Albert Lea's Logan Davis at 120 pounds takes on an opponent from Grand Rapids during the Rumble on the Red Tournament. Photo courtesy Sarah Olson

Others place in large tournament in Fargo

Twenty-six Albert Lea wrestlers competed at the Rumble on the Red wrestling tournament this week at the Fargodome in Fargo, North Dakota.

Winning first place at the varsity level were Mike Olson at 113 pounds, Logan Davis at 120 pounds and Brody Ignaszewski at 126 pounds.