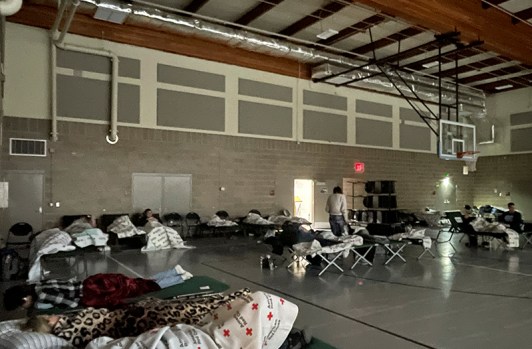 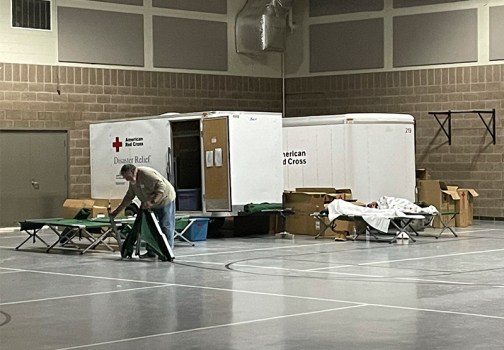 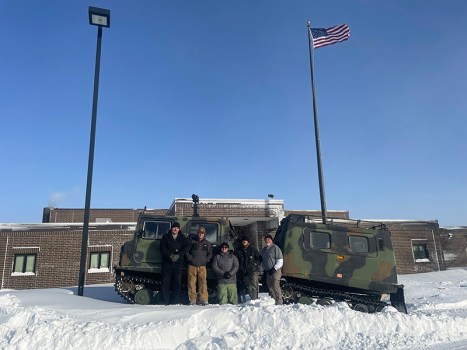 The Freeborn County Sheriff’s Office and Minnesota National Guard rescued 37 people Friday and Saturday stuck on area roadways during the blizzard that came through the area.

Freeborn County Emergency Manager Rich Hall said the people were in 23 different vehicles on county roads and back roads as portions of interstates 90 and 35 were closed for a time.

“Everybody figured the interstate was closed, so they tried to get through on other roads,” Hall said. “They took alternate routes and got stuck.”

He said the majority of people rescued were from out of town — including Canada, Wisconsin, Iowa, Illinois and Florida. Workers also had to utilize the language line to speak with one person who spoke Russian and two others who spoke Spanish.

The Sheriff’s Office also conducted a few rescue missions four miles into Iowa after being called in for mutual aid in Worth County.

Seventy people, five dogs and two cats ultimately spent the night at the National Guard Armory, which was opened as an emergency shelter. Hall said cots, food and water were provided.

The American Red Cross called Walmart to get food lined up, and Walmart donated quite a bit of the food, he said.

The storm brought heavy winds and dangerously cold temperatures and even led to plows being pulled from county roads.

Many of the roads were reopened later in the day Saturday.