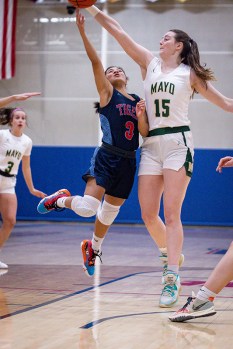 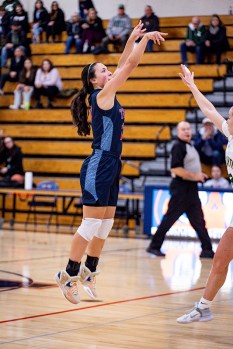 Kendall Kenis led the Tigers Tuesday night in the game against Rochester Mayo and made a school record for most three-pointers in a game when she scored eight. Kenis scored a total of 27 points. Photo courtesy Laura Mae Murtaugh 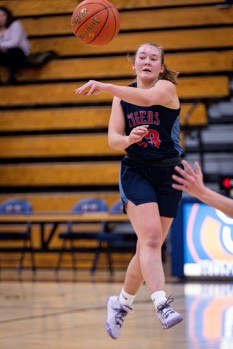 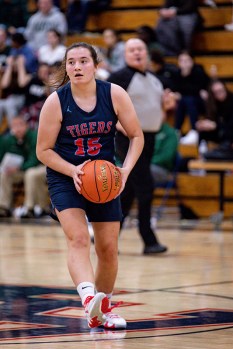 Albert Lea girls basketball was defeated by Rochester Mayo Tuesday 87 to 55.
The Tigers were led by senior Kendall Kenis with a total of 27 points. Kenis set the school record for most three-pointers in a single game with eight.
Sophomore Nevaeh Wacholz was second with 17.  They played a strong defense against a much taller Rochester Mayo, according to coach Jodi Schulz.
Rochester Mayo was led by senior Hannah Hanson. Second leading scorer was sophomore Kaia Kirkeby.
The Tigers will play again at 7:30 p.m. Friday in Owatonna.