Albert Lea grad joining the Peace Corps, will be in Indonesia 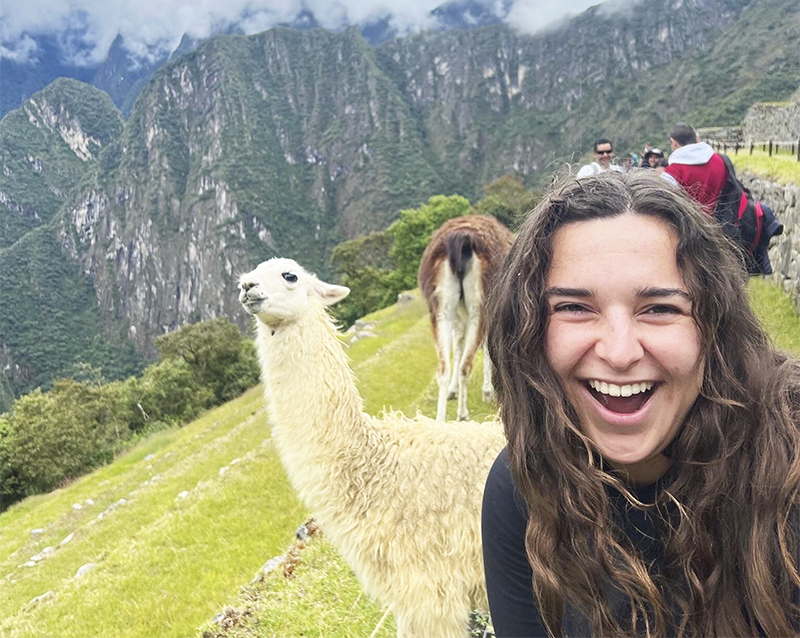 Besides being in Thailand, Zelenak, who described herself as a fan of travel, has been to Machu Pichuu in Peru. Provided

Some people don’t necessarily know what they want to do in life right away. Others, like Ella Zelenak, an Albert Lea High School graduate, have some ideas.

That was evident when she applied to join the Peace Corps her junior year at the University of Wisconsin-Madison.

The recent University of Wisconsin — Madison student graduated with a double major in political science as well as social work and a minor in criminal justice legal studies. And now she’s volunteering with the Peace Corps, something she considered doing as far back as high school.

“That’s when I first started looking at it,” she said. “Then in college I did a semester abroad and just really enjoyed living and spending time abroad. That renewed my interest in the Peace Corps.”

She even told her friends.

be teaching English in Indonesia for the next 27 months, though she isn’t sure what age range she’ll teach.

“[Social work] had me spending a lot of time with people,” she said. “Kind of connecting with people and just listening.”

She also feels she will bring patience to her work.

“What I was mainly doing with social work was looking at the macro systems and then political science was also looking at macro practice, which we know is a more slow-moving thing,” she said. “It’s a lot of patience required from that that I think will really translate to this.”

Her studies in social work have emphasized the importance of being personable and connecting and fostering relationships with others from different backgrounds.

But she also admitted she had a lot to learn.

Zelenak wasn’t sure how her next 27 months could translate to her work when she returns, but she knows she wants to get a license to practice social work. To that effect, she believes her time will help develop those skills needed to be a successful social worker.

“I have never been to Indonesia, so I feel being able to connect with people from different backgrounds would be helpful,” she said. “I’ll be teaching a language as well as learning a language which will really require some patience and hard work.”

She’s also looking forward to meeting the other members of her cohort, but admitted she was worried about being homesick.

“It is a time commitment, but I’m very excited to do it,” she said.

In the meantime, she’s been getting her “ducks in a row,” and said the Peace Corps provided her a checklist of what needed to be completed before she leaves.

Before joining the Peace Corps, Zelenak had studied in Thailand for a couple months through the university before she was recalled due to the pandemic, though she had no connections to Indonesia.

Before studying in Madison, Zelenak had lived in Albert Lea her whole life and attended Lakeview Elementary.

During her time at the high school, she did an independent study with Therese Netzer and completed a self-directed study. She also said Jim Haney’s history class kept her wanting to learn about the world around her.

She described herself as a fan of travel, and said her interest was a motivating factor in her decision to join the Peace Corps.

She will leave for Indonesia on Wednesday.