The owner of a former used car dealership charged with selling vehicles without a license and failing to deliver car titles in a set timeframe pleaded guilty Monday to two misdemeanor charges. 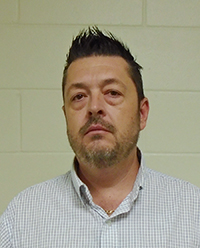 Timothy Brian Mann, 47, pleaded guilty to one count of selling used vehicles without a license and one count of failing to mail or deliver a title within specified timeframes through his company, Mann Motors. The charges came from two separate cases.

As part of a plea agreement, Freeborn County District Court Judge Ross Leuning dismissed a combined 69 counts in the cases.

Leuning sentenced Mann to a stayed 90 days in jail for each count, and ordered Mann be on unsupervised probation for one year. If Mann successfully completes his probation, he will not have to serve the jail time.

The cases will be served concurrently.

Court documents stated Mann failed to transfer the titles within 10 business days as requires, sometimes taking as long as seven months to do so.

Court documents listed 25 vehicles Mann sold after his license was revoked, with the latest car sold in January 2022.

The plea and sentence comes after Mann in July 2021 pleaded guilty to one count of felony tax evasion after a Minnesota State Patrol trooper received a complaint from the Driver and Vehicle Services office in Albert Lea that he had sold a car and then filed an application to register the car with an inaccurate sale price and an understated sales tax.

In a search warrant on Mann Motors in Albert Lea in that case, the trooper reportedly found records during the search that revealed the sale of approximately 156 vehicles with understated sales tax collected. The total underreporting of sales tax collected by the dealership was about $42,700, court documents state.

In 2020 Mann was also convicted of one count of prostitution and one count of attempted fifth-degree criminal sexual conduct when he asked two customers for sex acts in exchange for assistance with their vehicles.