Gloria Bolhuis passed away at her home on Sunday, December 18. There will be a visitation held on  Wednesday, December 28th from 4 pm -7 pm at Bayview Freeborn Funeral Home. Funeral services will  be held on Thursday, December 29th at 11 a.m. at First Lutheran Church in Glenville. 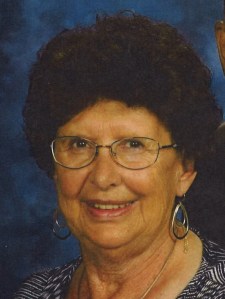 Gloria (Monson) Bolhuis was born on February 3, 1939, in Emmons, MN to George and Blanche (Brua)  Monson. Gloria grew up in Emmons and graduated from Emmons High School. She was baptized and  confirmed at Emmons Lutheran Church. Gloria was employed at Wilson Foods and Farmstead Foods  until their closing when she then began working at Hormel Foods until her retirement. Gloria met the  love of her life while working at Wilson Foods. On December 12, 1975, she was united in marriage to  Daniel Bolhuis at the Little Brown Church in Nashua, IA. At that time their families were united, and  Gloria and Danny began raising their 6 children together in their home in Glenville, MN and was given  the nickname “The Warden” by Danny. She along with Danny were amazing grandparents who stepped  right into parenting again at times for Nastassia and Hanna.

Gloria was an active member of First Lutheran Church in Glenville. She was a devoted wife, mother,  grandmother, and great-grandmother and loved spending time with her family. Gloria and Danny were  always there for her their child’s and grandchildren’s sporting events and activities. She was always  willing to help her family with anything. Gloria also enjoyed traveling to new places with her spouse,  Danny. She especially looked forward to trips to Crane Lake with her family. That was just one of the  many places they visited. Her favorite past time was fishing with her husband. She also enjoyed  gardening, sewing and many other hobbies. But most of all was celebrating holidays, especially  Halloween. Gloria was an amazing cook and baker. There was always something delicious to eat for  anyone who stopped to visit.

We also want to include a very special person who was there for our mom until her passing. Lynn Sipple,  who is the most selfless, caring person that our family will be forever grateful.