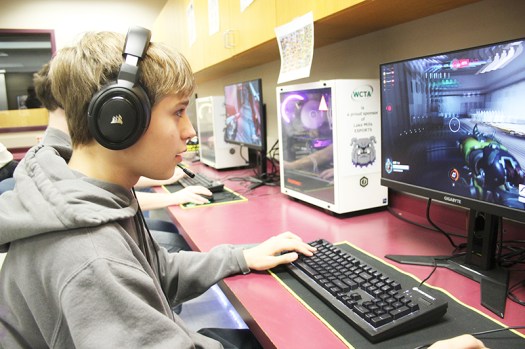 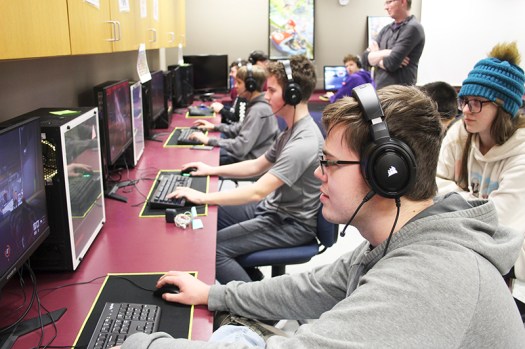 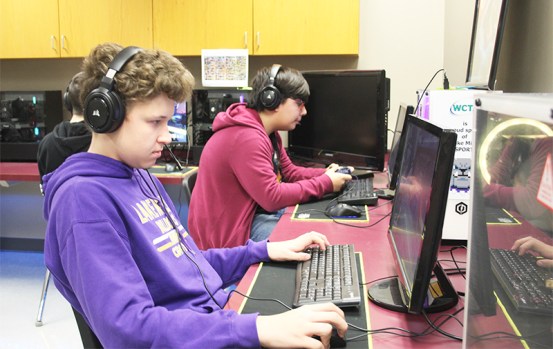 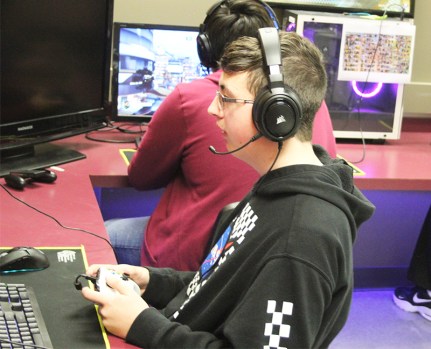 LAKE MILLS — Lake Mills High School recently placed second in the state of Iowa for a sports competition, but it wasn’t for volleyball, football or cross country. It was in Esports.

“We have our guys, our team here at Lake Mills, and we compete against schools from all across Iowa, some of them really close like Forest City just 15 miles away, some of them on the other side of the state,” he said.

The team of 10 varsity players officially qualified in early November for the Des Moines-based event, though they had an undefeated regular season and were unofficially qualified in October. The state competition was on Nov. 18 at the MidAmerican Energy Company RecPlex, where they competed on Nintendo Switch. There were also more than 30 small-school teams around the state that competed in the game.

“It’s a really cool community center that has its own designated Esports room, which is outfitted with a bunch of computers and a bunch of TV stations where we competed,” Spies said.

Spies said there were eight weeks of competitive play defined as the regular season and mirrored football season.

“The teams that have the best records in each division automatically qualify for the playoffs,” he said.

During the season, teams can compete at their own schools.

And once a team loses all five players, the other team wins the round. The first team to win three rounds was the winner.

The state competition had two divisions with eight teams in each division: small school and large school.

“I knew we were capable of it, but you never know when you go somewhere brand-new how those factors that you can’t quite control, how those are going to play in,” Spies said.

This was the school’s third year having Esports, and according to Spies competitive gaming goes along with the different sports seasons, with different games in the fall, winter and spring. The team also competed on PCs in Rainbow Six Siege, though they did not qualify for the state playoff competition in that game. Each game had their own team, and in total more than 20 students participated in the fall season for one or both games.

He joined the Esports team last year after seeing his brother Cameron participate. Cameron encouraged him, and he joined. He also liked being involved in a video game-only competition and surrounded by others who shared his passion.

But he didn’t anticipate the team placing as high as it did.

“I didn’t expect us to be that high up,” he said, referring to the school’s second-place state finish. “There’s lots of schools, and lots of try-hard schools out there with really good teams.

Senior Chet Casperson had been involved in the club since its inception after noticing his friends were involved.

“It’s been great,” he said, referring to Eports. “I already play plenty of video games with my friends at home, so doing it in a competitive league is a different experience that I’ve enjoyed.”

He was also proud to see the team’s work pay off with a trip to state, and said Esports had helped him become a better leader.

The idea for Esports came after Jim Boehmer, the district’s athletic director, returned from a meeting with another athletic director who mentioned they were starting up Esports. Boehmer pitched the idea to Spies, who was interested and thought it would be a good program for students who weren’t necessarily involved in extracurricular activities.

“They show up to school and they just kind of go home, and a lot of them are playing video games on their own,” Spies said. “I just kind of figured why not try to include those kids in a school activity where they can feel a little bit of a sense of belonging here at Lake Mills,” he said. “… If they’re going to be playing video games at home, why not harness that and let them play here at school with each other with people face-to-face so they can learn some social skills and how to communicate with each other.”

And before he knew it, Eports was getting organized and ready to go, and according to Spies the club’s popularity has grown each season “significantly.”

“We were really excited to be in right away at the beginning when Esports was really starting to catch on,” he said. “It’s been really cool to see.”

Spies said the idea for Esports started four years ago when a group of schools started it on a trial basis to see if it could work. And after seeing its success, those schools opened it up.

Now that the winter season is underway, Spies is overseeing players competing in Overwatch, a multiplayer first-person shooter game.

Spies anticipated some overlap in players, but admitted the team wouldn’t be identical to the one from Super Smash Bros.

Any student at the high school can participate provided they meet certain academic requirements. Students interested in joining should reach out to Spies via email at rspies@lake-mills.org or visit his office.