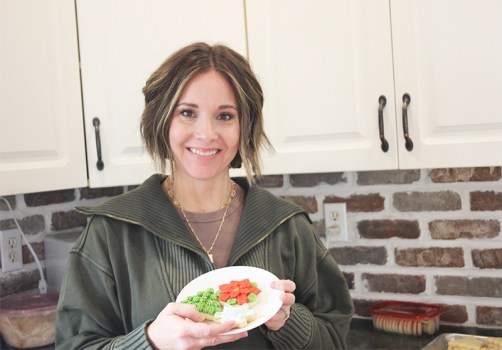 Voting is currently open until 9 p.m. Dec. 15. Voting is limited to once per day. Alex Guerrero/Albert Lea Tribune 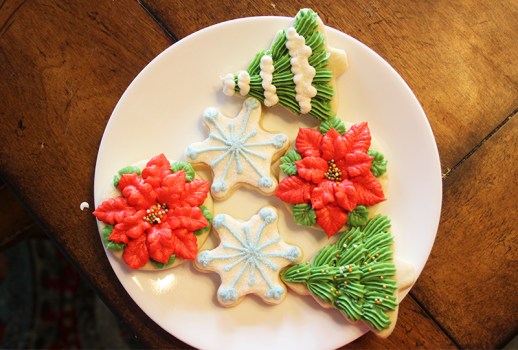 One of the desserts Reese sells is sugar cookies with buttercream frosting. Alex Guerrero/Albert Lea Tribune 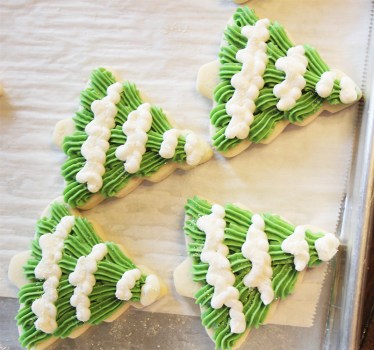 Cookie Monster is known for his love of cookies, particularly chocolate chip ones. Amanda Reese is known, at least around Lake Mills, for her baking prowess as the Cookie Momster, and has been baking and selling cookies for roughly a decade.

“My first actual baking job was baking cinnamon rolls for the little small-town store (in Scarville, Iowa) on Fridays when I was in seventh grade,” she said. And that’s when farmers would arrive to the convenience store early for their coffee and roll.

For Reese, who admitted to having a sweet tooth, baking brought her joy, and food was her way of showing love. In fact, she said if one of her kids was having a bad day she would make them their favorite food, whether a cupcake, bar or cookie.

And after a call for baked goods popped up on one of her social media feeds announcing “The Greatest Baker Competition,” she decided to enter and submitted an application in October.

“You had to fill out a form and submit some photos of things that you’ve done — they let you know if you got in,” she said.

She originally decided to compete for the fun of it and where it would lead.

Participants were divided into groups, and Reese originally competed against “around 40-some” people, she said. The number of participants has since been narrowed down to the top 10, then top five before she was announced winner. She’s now competing against other quarter-finalists in the “word-of-mouth” competition.

Voting is currently open until 9 p.m. Dec. 15. Voting is limited to once per day. Visit greatestbaker.com to browse and vote. You can vote for Reese by visiting her page at https://greatestbaker.com/2022/amanda-reese. She also posts daily reminder links on her Facebook page, cookiemomsteramanda.

The competition, run by colossal.org on behalf of DTCare charity, has been happening since early November and will continue through December. Participants upload photos, and competitors are allowed to upload whatever products they want. Reese’s specialty is buttercream sugar cookies.

The winner will receive $10,000 and will be featured in Bake From Scratch magazine.

“That amount of money for somebody who is a home baker is huge,” she said. “I work with one oven, and [Thursday] I [had] an order for 200 dozen, a variety of cookies.”

But with that amount of money, she said she could add another oven.

There was also the notoriety of being featured in Bake From Scratch.

And after digging through old photos, The Greatest Baker Competition has taught her the importance of reflection and seeing how far she came.

The competition is also serving as a learning tool for Reese.

“It has taught me to just be confident in what I’m doing,” she said. “My husband and four kids, … they are all extremely proud.”

“It’s kind of humbling, the number of people who have commented or messaged me or texted me and said, ‘I’m voting every day, I’m so invested in this, I really want you to win,’” she said. “It’s just been a really fun, humbling experience overall.”

“Thank you for always being so supportive and understanding when I can’t fit any more orders in, which is a great problem to have when so many people are asking for different things,” Reese said. “… The community support has been the biggest blessing.”