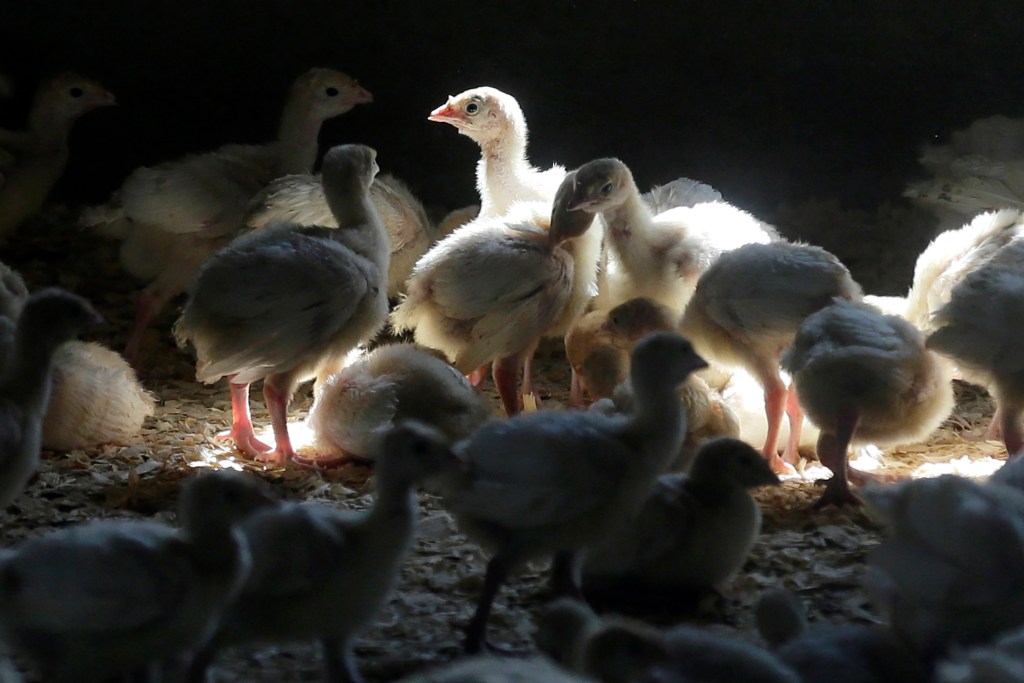 Turkeys stand in a barn on a turkey farm near Manson, Iowa, on Aug. 10, 2015. Four new cases of bird flu at Iowa turkey farms in the past few days will push the number of birds slaughtered nationwide this December 2022 to limit the spread of the virus up to nearly 700,000. (AP Photo/Charlie Neibergall, File)

OMAHA, Neb. — Four new cases of bird flu at Iowa turkey farms in the past few days will push the number of birds slaughtered nationwide this month to limit the spread of the virus up to nearly 700,000.

The latest cases announced by the Iowa Department of Agriculture only add to the toll of this year’s ongoing outbreak that has prompted officials to kill more than 53 million birds in 47 states. Anytime the virus is found, the entire flock is killed to help control the disease.

Iowa officials said the latest cases found since Friday involved 240,000 birds on turkey farms in Sac, Buena Vista, Cherokee and Ida counties all in the northwest corner of the state. Iowa leads all states with nearly 16 million chickens and turkeys slaughtered this year — more than double the next closest state of Nebraska — largely because it is the nation’s largest egg producer and egg farms can include millions of chickens.

Several other bird flu cases have been confirmed this month at other turkey farms in Iowa, South Dakota, Minnesota and Missouri. An upland gamebird producer in Colorado also had to slaughter 18,000 birds to limit the spread of the virus.

Experts believe the virus that causes bird flu is spread primarily by wild birds as they migrate across the country. The virus spreads easily through droppings or the nasal discharge of an infected bird, which can contaminate dust and soil and be carried onto farms on boots and clothing or on truck tires. Even though wild birds can often carry avian influenza without developing symptoms, the virus has killed a large number of eagles, vultures, ducks and other wild birds.

Farmers take measures like requiring workers to change clothes before entering barns and sanitizing trucks as they enter the farm, but the disease is difficult to control.
This year’s outbreak is different than most past ones because the virus found a way to linger throughout the summer when warmer temperatures usually largely kill off the virus. The U.S. Department of Agriculture resumed reporting large numbers of birds infected in September when more than 6 million birds had to be killed. That was followed by another 2 million in October and nearly 4 million more in November.

Bird flu doesn’t represent a significant threat to human health because human cases are extremely rare and none of the infected birds are allowed into the nation’s food supply. And properly cooking poultry to 165 degrees Fahrenheit will kill any viruses.

But the bird flu outbreak — combined with the soaring cost of fuel and feed — has driven up the prices of eggs, chicken and turkey.