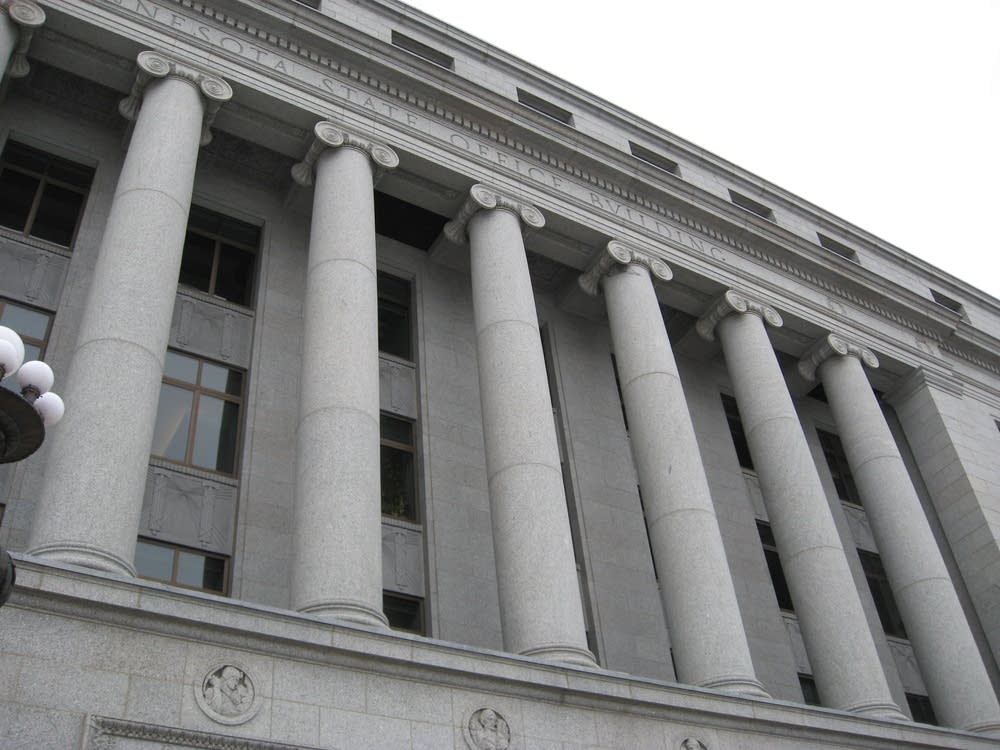 Minnesota lawmakers on Wednesday approved a nearly $500 million renovation and expansion project for the 90-year-old building that houses their offices.

Despite calls from some Republicans to delay because of the plan’s price, members of the House Rules Committees on a voice vote agreed to let the state sell bonds for the project that would address safety and accessibility concerns in the building. It will also add on a 166,000 square foot addition.

Security and facilities officials at the Capitol had pushed for a renovation of the State Office Building for more than a decade, noting that it had serious safety and accessibility problems. In recent years, they tracked mold in the building and on one occasion, a broken pipe caused water to pool ankle deep in the building’s upper floors.

Deferred maintenance and additional problems sprung up in the years since, which in turn caused the total cost for renovations to balloon. The project’s price tag is set to eclipse the $310 million Capitol renovation project completed in 2017.

Disability advocacy groups have raised concerns about the lack of accessible entrances to the building, ramps in conference hearing rooms that are often too steep for wheelchairs or scooters and several areas that are too narrow for wheelchairs to access.

“We have essentially just left a decaying building with inadequate space needs to try to fill in the gap,” outgoing House Majority Leader Ryan Winkler, DFL-Golden Valley, said. “And so we are expanding because we need room to accommodate the public and to accommodate the legislative process, so that people from wherever whatever part of the state they may be in, can participate.”

Lawmakers in 2021 agreed to consider renovation options for the building. And the state put out requests for proposals earlier this year. New York-based architect Robert A.M. Stern was selected and began working on preliminary designs that were made public Wednesday morning.

Democrats who pushed for the renovation project said the work was key to improving safety and accessibility for lawmakers, staff and members of the public who use the building. They noted the Department of Administration had requested capital investment to work on the building for years but hadn’t received it.

Now, the cost for fixing infrastructure issues alone would come out to about $255 million, Winkler said. But that wouldn’t address the concerns around security in the building, nor access for people with disabilities.

“No construction project of the State Office Building could be non-political and so if we are going to have a political debate about the need for public access to the Legislature, we should do that in the context of a project that will actually serve the full needs of the public,” Winkler said. “This is designed to serve the needs of the Minnesota House, the legislative Coordinating Commission, the Secretary of State, and public access to all of those government bodies representing the people for years to come.”

Republicans on the panel raised concerns about the lack of transparency in bringing the project to fruition, as well as with the cost.

“Maybe it’s time we take a step back and take a deep breath on this one, we’re talking about a half a billion dollars,” outgoing Minority Leader Kurt Daudt, R-Zimmerman, said. “We are all elected officials who have election certificates, who are stewards of the tax dollars. Spending this kind of money on a building for ourselves is something I would describe as egregious.”

Daudt and others said the state should look to renovate existing facilities and look to existing government buildings for committee rooms or other office needs. And they called for more time to weigh the design plan and take input from the public.

“I was expecting a big number. This number is far beyond what I was expecting,” Daudt said. “And it’s actually shocking. I would recommend that we as members and stewards of taxpayer dollars, take a deep breath right now and set out a little more transparent process and push this off, not vote on this today.”

During a Monday hearing, Capitol security and facilities managers, along with an advocate for people with disabilities, raised concerns about the existing building. And they said it posed insurmountable challenges.

“So we would really love to have some kind of holistic repair, revitalization, restoration, whatever you want to call it on this building as soon as we can get it because taking this Band-Aid approach is not going to work, it’s not going to hold up,” Christopher Guevin, director of facilities management, said. “And it’s just a matter of time before there’s going to be a leak and we’re all going to be standing ankle-deep in water again. I guarantee it.”

Lawmakers will sign off on finalized design details later this year and the state is expected to sell bonds to fund the project this summer. Construction is likely to begin early in 2024 and is expected to wrap up ahead of the 2027 legislative session.