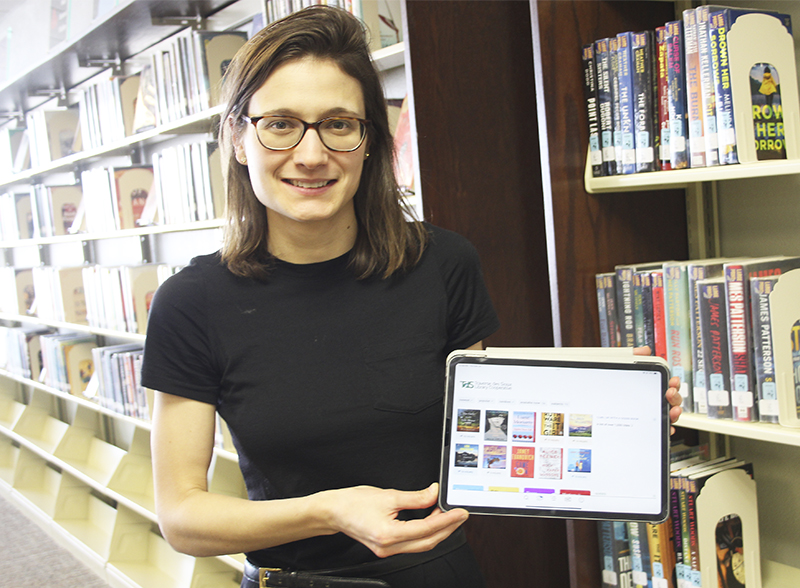 Patrons of the Albert Lea Public Library will now have access to even more material as part of a new partnership between Traverse des Sioux and Southeastern Libraries Cooperating.

According to Annice Sevett, director of the Albert Lea Public Library, the two public library systems formed a reciprocal borrowing agreement with OverDrive, the popular distributor of audio and eBooks, to open up more possibilities for patrons.

“For people in our community that use eBooks and e-audiobooks through Libby by OverDrive, you have a whole other collection that you have access to now,” she said. “Patrons can request and put their name on lists for eBooks, e-audiobooks, through the Traverse des Sioux system.”

“The whole exchange is similar to SLC’s borrowing agreement with the Rochester collection,” she said, referring to the SELCO member that — due to its larger size — had its own collection.

“A few years ago SELCO and the Rochester Public Library decided to explore the idea of a borrowing agreement with our electronic titles through OverDrive,” she said. “It’s not common. We share physical materials with libraries throughout the state, but it’s not common to share eBooks because of licensing agreements.”

But OverDrive agreed to the idea, and after two years of the successful partnership, Traverse des Sioux approached SELCO and Rochester about joining in the partnership and allowing more access to eBooks and e-audiobooks for patrons. SELCO has 37 libraries in its system, while Traverse des Sioux has 35.
According to Sevett, this is the first time Traverse des Sioux and SELCO had done something like this in order to share electronic material, though the two have the ability to loan books through a statewide interlibrary loan system.

EBooks and e-audiobooks are available to borrow now.

Sevett said the Traverse des Sioux collection focused on popular titles, and said there was a possibility patrons could read more popular books or find a wider collection of popular books.

“Electronic books are very expensive and the licensing agreements are very complicated,” she said. “Both TDS and SELCO have limited funds to purchase materials, electronic materials, for our patrons, and so by partnering it just allowed everyone in both systems plus Rochester more access to electronic materials that wouldn’t have been available otherwise.”

For her, the biggest benefit of the partnership was having more access to materials for patrons.

“More access to electronic materials in a broader scheme of things by showing that these partnerships work,” she said. “It’s one step towards finding potentially a system with more regional library systems statewide. It shows that it’s possible and that it works so there could be possibilities in the future of expanding this.”

On the other hand, she admitted there would be the challenge of keeping up with demand, something SELCO was already having trouble with because of the price of eBooks. She also thought it could be a challenge to keep the collections balanced.

Ann Hokanson, executive director of the Traverse des Sioux Library Cooperative, said in an email the library system set up the partnership with the Southeastern Libraries Cooperating system for all patrons to be able to borrow certain materials, and noted it was similar to MNLINK, the interlibrary loan programs the cooperative has used for decades for physical items that’s used throughout the state. But the Libby/OverDrive collaborative was relatively new.

“In addition to providing patrons a better experience today, we also see the partnership as a way to continue to improve, allowing us to develop ways to work together to develop our collections with less unnecessary overlap,” she said. “Far more books are published than any one library can own, and by working together we hope to better stretch our dollars while continuing to meet the needs of our readers.”

Sevett said she and her staff were already helping patrons access the Traverse des Sioux system, though she didn’t know the exact number of people.
“I think it’s great for our region and also TDS patrons,” Sevett said. “The more access that we can provide to materials for our patrons the better cause we’re all about providing access to information and their collection, just like Rochester’s collection, has some strengths and weaknesses and the SELCO collection has strengths and weaknesses.”

Traverse des Sioux is the regional library system for Mankato and the surrounding area.