An Albert Lea man charged with selling heroin — some of which contained fentanyl — to a confidential informant on three occasions in 2021 pleaded guilty Monday in Freeborn County District Court. 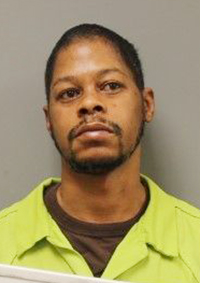 Terrance Dotson Richard pleaded guilty to one count of third-degree drug sales. He initially faced one count of second-degree sales. He also faced a charge of fifth-degree controlled substance possession and possession of a small amount of marijuana in a separate case, but those charges were dismissed as part of a plea agreement with the Freeborn County Attorney’s Office.

Court documents state the sales took place July 21, Aug. 24 and Aug. 25 in 2021 and that they were reportedly arranged by another man, Cody Shawn Rhyns, who has also faces charges. The informant was under supervision with the South Central Drug Investigation Unit.

The total weight of the drugs totaled 8.41 grams.

Court documents state the heroin sold on both occasions in August also tested positive for fentanyl.

Richard’s sentencing is slated for Feb. 17.