Man pleads not guilty in stabbing of another man

A man charged with stabbing another man in the neck last month in Albert Lea pleaded not guilty on Monday to his charge and was scheduled for a jury trial. 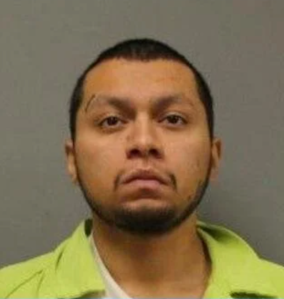 Rio Santiago Acosta, 25, faces one count of second-degree assault with a dangerous weapon tied to the case.

Court documents state Acosta reportedly stabbed the man in a house on Pearl Street with a hunting knife that was about 3 to 3 1/2 inches long.

The court complaint states Acosta allegedly stabbed the man from behind, as Acosta’s brother, who was also in the kitchen, washed dishes. The brother reportedly grabbed Acosta and took the knife away.

Acosta’s mother told police that earlier in the day, the brother had to pull Acosta off of her to break up an assault. After that incident, her boyfriend reportedly spoke with Acosta, and Acosta left the residence.

Later in the day, her boyfriend was seated in the kitchen of the house on Pearl Street preparing a sandwich when Acosta reportedly came into the house and approached him from behind. Acosta didn’t say anything, and her boyfriend didn’t see Acosta as he approached.

Acosta’s brother testified he had been doing dishes in the kitchen when he heard his mom’s boyfriend scream saying he had been stabbed, court documents stated.

Acosta reportedly fled the area on foot, tried to get into a vehicle and at one point also knocked on the door of a residence on St. John Avenue. He was taken into custody a short while later in the 1200 block of St. John Avenue.

In court Monday, Acosta’s public defender, Scott Cody, requested a speedy trial. He is slated for a pre-trial hearing Jan. 26 and a jury trial Feb. 13.