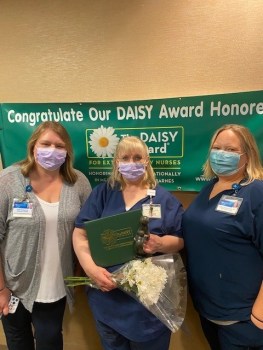 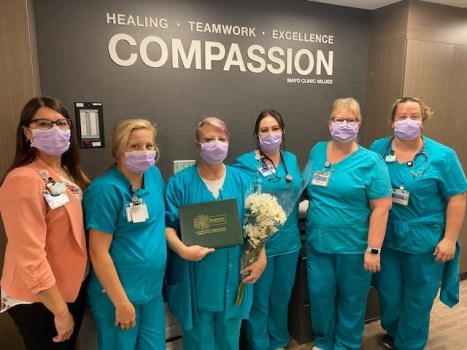 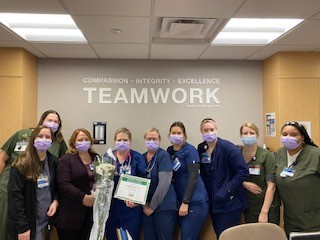 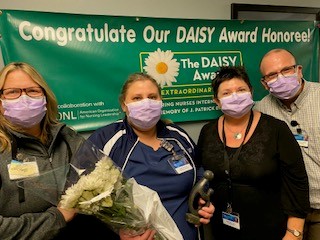 Four nurses in Albert Lea and Austin received the DAISY Award, an international recognition that honors and celebrates the skillful and compassionate care nurses provide.

The four nurses in Albert Lea and Austin who received the DAISY Award are:

“Congratulations to Kim, Karen, Amber and Angela for being named among our region’s DAISY Award winners,” Cognetta-Rieke said. “Even during our busiest times, these nurses take the time to provide quality care with a special, personal touch to our patients. It’s a privilege to have them on our team and to present them with this award. They are incredibly deserving nurses.”

The DAISY Award was created in honor of J. Patrick Barnes, who died at age 33 of complications of idiopathic thrombocytopenic purpura. The nursing care he received when hospitalized profoundly touched his family.

If you know extraordinary nurses working at a location across Mayo Clinic Health System in southeast Minnesota, nominate them for the DAISY Award by completing the nomination form.