Nabor De Leon Rios beloved dad, grandpa, brother, uncle, and friend passed away unexpectedly on December 23, 2022. Nabor was born on July 12, 1964, to Carlos De Leon and Guadalupe Rios in Cuautla, Morelos, Mexico. He migrated to the US, first living and working in California, eventually making his way to and settling in Albert Lea, MN. Here he met his loving wife and other half, Juany Renteria, where they began raising a family. Nabor was the definition of a hard-working family man and took pride in working in the livestock industry, employed by Sahrside Dairy. A soccer fanatic, Nabor was a diehard fan of the Pumas team and always had a bud light ready when watching the game. On any given day you could find him in his signature baseball cap, sunglasses, and short-sleeved tee jamming out to Los Temerarios or Los Yonic’s on his stereo. He was the family chef, always firing up the grill for a carne asada or preparing delicious authentic meals to share with everyone. Nabor brought joy wherever he went, especially during fiestas where he loved dancing the night away with loved ones. He was the light and glue of his family, always filling up the room with hearty laughs. 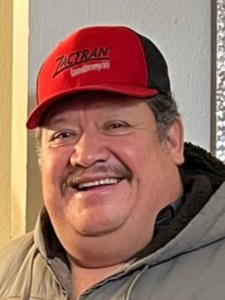 Nabor would never shy away from striking up a conversation with whomever he crossed paths with and would leave you feeling as if you’d known him for a lifetime. At the end of the day what filled his heart with happiness was being around his family and friends. He leaves behind a loving family who is heartbroken by this immense loss. His wife, children and grandchildren were his everything and spending time together was always a priority. His words of wisdom, unconditional love, one and only bear hugs, and his captivating smile and laughter are ingrained into the hearts of all of us who were blessed with the time we had with him, until the day we reunite again.

He was preceded in death by his parents Carlos De Leon Ocampo and Guadalupe Rios.