‘People think I’m crazy because I love the snow’ 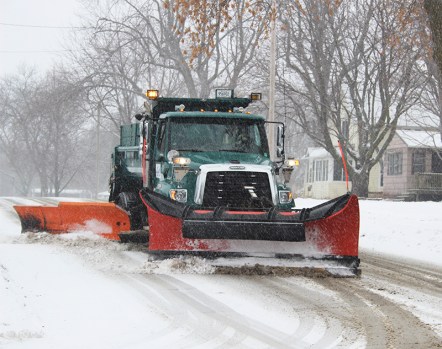 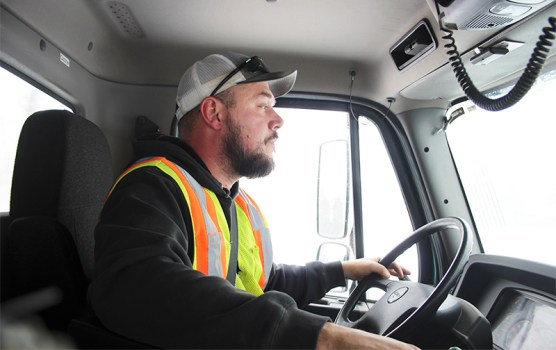 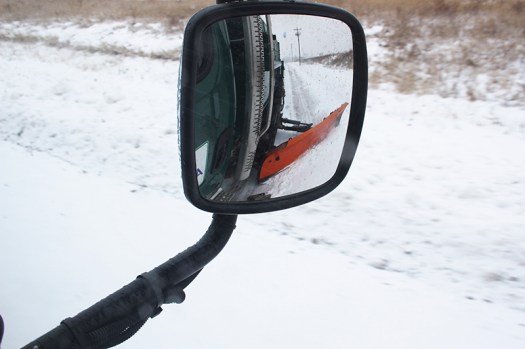 Not all heroes wear costumes or have badges. Just look at Jerrid Schindle.

On Dec. 9, Albert Lea Area Schools canceled in-person learning throughout the district following 5 inches of snow that morning. And for some people, 5 inches of snow is a lot to drive in. But for Schindle, a member of Albert Lea’s street maintenance team, 5 inches isn’t a big deal. He even described Thursday morning’s snowfall as light.

It’s also not every day a child tells people he wants to be involved in heavy machinery as an adult.

“When I grew up in Winnipeg, my dad’s best friend — who was considered an uncle to us — he worked for the city of Winnipeg and he was in a grader,” he said. “I just loved the heavy equipment.

“Whenever we’d go to his house he’d have toy graders and dump trucks, always loved playing with them, always was infatuated when I saw big trucks going by, seeing the graders go by.”
And growing up in Canada he loved snow.

“People think I’m crazy because I love the snow,” said Schindle, a Manitoba-born worker who grew up in a country that can experience far worse winters than Minnesota could see.

He described Winnipeg as similar to Minnesota, with plains, wind and snow. But there was at least one major difference: how much snow needed to fall to merit school closings.

In Winnipeg, he said it would take at least a foot of snow to shut schools down.

“My dad, he calls me the crotchety old-fart that makes the kids go to school on a snow day,” he said.

Being a snowplow driver is not a job for a late-riser either.

“A normal snow event day, we come in at 2 a.m., we all have our specific route that we go on,” he said. “… We try to clear the state-aids first and get those pushed aside so that the people who do start earlier in the morning are able to get to work.”
After main routes are cleared, it’s on to residential streets.

Everybody else will come in around 7 a.m., though depending on forecasts people could arrive earlier for maintenance checks and to ensure there was enough diesel exhaust fluid to help with emissions.

During a normal day, he’ll be done by noon. But on days where the forecast calls for snow throughout the day, he’ll stay for “a couple more hours” to help clear, and return at 2 a.m. the next morning if snow had stopped or 4 a.m. if it was still snowing.

“I would sand Clark and Fountain once I have finished plowing those,” he said. “But once I got into the residentials … just in case I’ve got to go back down, I don’t want to lay sand down and have to plow that area just in case cars have moved.”

He’ll also try to save as much sand/salt mix as possible in the back. His plow can hold six tons, and Schindle said the amount of mix he uses varies.

“Say it was a rain and it froze and then we got all the snow and it’s warm,” he said. “I’d put maybe three-fourths of that down.”

The sand mixture will act as traction, and once the sun comes out the salt will activate and melt the snow.

“When it gets colder the salt can only work to a certain temperature, so that’s why we have a sand mixture.”

But if it’s a really icy day, Schindle believed he would use all six tons of material.

Compared to compacted snow, slush or wet snow is easier to remove.

Schindle’s particular route, known as Route Six, runs from Minnesota Highway 13 to downtown Albert Lea on Clark Street and Fountain Street at Bridge Avenue to Highway 13. He’s also responsible for Katherine Street, Shell Rock Street and Wilson Street.
“A normal day for me would take seven hours to do my route,” he said. “And that’s plowing everything and then going through and sanding and everything.”

Last week, Schindle and other workers started clearing at 4 a.m., but again that was contingent on different factors.

“If there’s icy spots, then I’ll jump in a truck and I’ll go around all the major roads and make sure the intersections, the hills, they’re safe for travel,” he said.

After that, he’ll head back to the city garage to get his assignment for the day.

During his route inspection he might come across a stuck vehicle, in which case he’ll get ahead of them and pour some of the sand/salt mixture to provide traction.

“You’re always looking, you’re always judging snowfall rate, looking at the road, seeing if it’s melting,” he said. “If it’s not melting, then you would lay a little bit more down.”

And if it’s a non-snow event day, Schindle said they were either fixing pieces that broke on plows or prepping trucks for the next snowfall.

“There’s just all sorts of little projects that are needed to be done,” he said.

Schindle noted if the snowfall was heavier he would run a plow, wing and underbody to clear the road. He’d also put sand down at different intersections, turns and hills to help people travel from school or work.

He urged people to have patience.

This is Schindle’s sixth year operating a snow plow in Albert Lea. Prior to here, he worked in snow removal in pickup trucks and tractor snow blowers for four or five years in Winnipeg. In total he’s been involved in snow removal for 12 years.

His favorite part of the job: running the equipment and working on a team.

The job has also taught him how to deal with each unique storm. He’s also learned to be more patient.

“You want to get it done quick and you want to make sure that everything’s done properly,” he said. “You’ve got to take your time and you got to make sure you’re completing the roads.”

For anyone interested in pursuing a career in snow removal, he said patience was key, as well as an ability to multitask. You also should have your learning hat on.

“Say you’re a new guy starting with the Street Department,” he said. “You’re not just going to be able to jump into the truck and be able to know every control and every pattern. It’s going to take some time.”

Schindle moved here after his dad relocated to the Twin Cities.

“There was an opportunity to work for the city, and I took that opportunity,” he said.

Ironically enough, being a snowplow driver meant he never gets a snow day. And yes, snowplows can get stuck.

“I never had a 4-wheel drive … vehicle in Winnipeg, so I was always getting stuck,” he said. “There’s many nice people that will help push you out, or you got to shovel yourself out.”