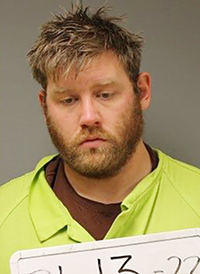 Richard John Polley, who has been charged with third-degree criminal sexual conduct with a student during his time at Albert Lea High School, reportedly was allowed to resign from Woodbury High School in May 2021 because of alleged inappropriate text messages with the students, according to a notice filed last week by assistant Freeborn County Attorney Abigail Lambert.

Lambert in the notice states the experience at the former district proves “motive, opportunity, intent, plan, absence of mistake or accident.”

The notice states on Feb. 22, 2021, the principal for the school took a phone call from the parents of a 10th-grade female student about alleged inappropriate texting with Polley on Feb. 20, 2021.

“The investigation showed that there was a large amount of inappropriate contact with defendant and several female students,” Lambert stated. “There was a text message to a female student from defendant stating, “low key, I love you” and another text the next day stating “pretend last night didn’t happen.”

There were also text messages to a female student to send pictures when the family was on spring break.

Polley’s lawyer, Patrick Cotter, has argued to exclude the evidence from the South Washington County School District investigation and said the proposed evidence is not “markedly similar” to the allegations in the current complaint.

“None of the behavior involved sexual content or conduct, nor was any of it determined to be criminal,” Cotter wrote in his motion to exclude the evidence.

He also argued the prosecutor did not give notice of how the state intends to use the evidence or clearly state what the evidence is being offered to prove.

“The nature of the prior-acts allegations that state seeks to admit is inherently prejudicial in nature,” the lawyer said. “The risk of the evidence being used as propensity evidence is substantial and would effectively prevent Mr. Polley from receiving a fair trial.”

Polley in January pleaded not guilty to one count of third-degree criminal sexual conduct, including penetration, of an Albert Lea student from a prohibited occupational relationship.

Court documents allege the student initially went to Polley at school to talk if something was bothering her or to make changes to her schedule. In December 2021 they became friends and started talking on Snapchat, and the sexual activity reportedly happened at Polley’s house in January.

After allegations emerged, the Albert Lea school board voted to terminate Polley from his position after an internal investigation. The school investigation found evidence to support the allegations and also found that Polley had falsified parts of his district job application submitted Nov. 11, 2021.

The investigation revealed he lied about never being asked to resign to avoid termination with his former employer, the South Washington County Schools district. The board’s investigation found that, while Polley was the subject of allegations there, the district had conducted its own investigation and that on April 23, 2021, Polley signed a resignation agreement and release of all claims. The investigation did not release the nature of the allegations.

Lambert said a search warrant is being conducted on Polley’s phone.

Polley, who had been slated for trial next week, is now slated for a pre-trial April 14 with a jury trial May 1.