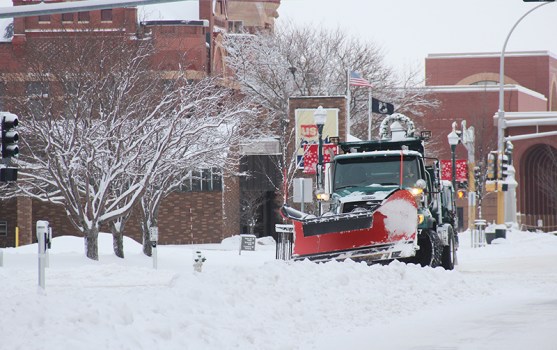 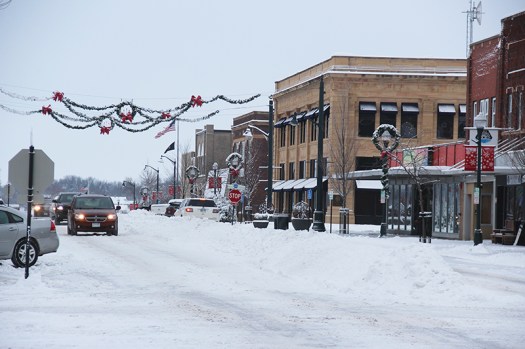 Snow is piled up in the middle of Broadway downtown Friday morning after a storm dropped about 5 inches on Albert Lea. Sarah Stultz/Albert Lea Tribune

The Albert Lea area is waking up to a blanket of new fallen snow, and many schools in the area have canceled classes for the day.

School cancellations and delays are coming in Friday morning because of conditions.

Albert Lea Area Schools, Alden Public Schools and United South Central Schools will be closed, and students will use an e-learning day.

NRHEG Public Schools will be two hours late with no morning preschool.

As of 9 a.m., roads in all of southern Minnesota and northern Iowa are partially or completely covered with snow or ice, and first responders are responding to numerous reports of crashes and spinouts. A semi was reported jackknifed between exit 5 on Interstate 35 and exit 8.