Christmastime is here, and I don’t know about you, but in our home, Christmas movies are a staple to setting the mood for the holiday season. One of our family’s favorites is “Elf,” starring Will Ferrell. When my family heard that “Elf” was going to be ACT’s Christmas musical, we were so excited — so excited that we all bought Elf Christmas sweaters to wear when we go. Wednesday evening, I was asked to come review the final dress rehearsal. 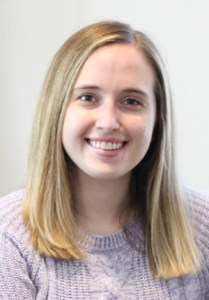 The show features two new directors, Risha Lilienthal and Tony Segura. While this is their debut as directors, neither are newbies to the ACT stage. As first-time directors, they did a fantastic job. The story starts in “Christmastown,” a village in the North Pole, where we meet Santa (Steve Stoneking) and his elves, including one special elf named Buddy (Stuart Ness). Ness’ energy as Buddy is incredible and commendable. I truly think for me to have that much energy and enthusiasm, I would have to drink a bottle of maple syrup every day. Buddy learns that he is not really an elf, but instead a human, so he embarks on his journey to New York City to find his father, Walter Hobbs (Jason Howland). This is where my only disappointment in the show comes in. My favorite character from the movie, Mr. Narwahl, is not in the stage production to bid Buddy farewell as he leaves to find his dad. Buddy finds his family in New York City, also finds love and ends up rescuing Santa and his sleigh, and saving Christmas.

I’m always impressed with how well ACT involves youth in their productions, and “Elf” was no exception to this. The costuming for the children’s ensemble, who were all elves, was perfect. A face unfamiliar to me as I watched the dress rehearsal was Rachel Cole, who plays Jovie, Buddy’s love interest in the story. Cole has been in one previous ACT production, “Forbidden Broadway,” which I had not seen. Jovie is played by Zooey Deschanel in the movie version of “Elf.” I think Cole did an amazing job playing Jovie, and closely resembled Deschanel’s character. I hope that Cole returns to future ACT productions as she also has a beautiful singing voice.

The set of the show is really quite simple, and features a projection screen as the backdrop. The only other stage show I have watched where this was done was when Albert Lea High School did the “Addams Family” a few years ago. If you’ve never seen a show done like this before, it is really neat. I think that this was a great choice for this production as it is a creative way to bring the audience to the North Pole, to the Lincoln Tunnel and all throughout New York City.

I can’t go without noting that Santa and Mrs. Claus (Julie Stoneking) are my in-laws, so I’ve been aware of just how hard every single person has been working on this show since the beginning of October. I’m sure Santa is ready to shed his beard that he has been working hard to grow since being cast the role. The whole production is impressive, and I would encourage anyone who hasn’t gotten tickets to see it to do so, as it is a perfect way to start the Christmas season.

Erin Stoneking is an Albert Lea native and lives in town with her family. She is a registered nurse and graduate student. Outside of work and school, she enjoys reading, spending time with her dogs, kayaking and golfing.