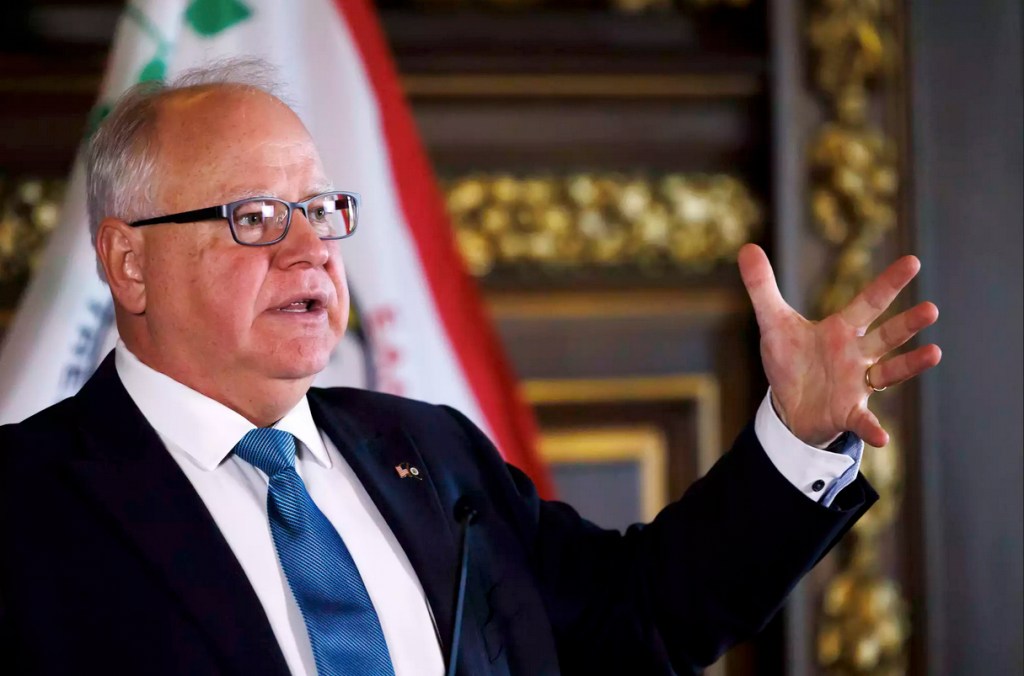 Gov. Tim Walz speaks at a press conference on Nov. 9, the morning after his reelection. Kerem Yucel/MPR News

Gov. Tim Walz said in an interview with MPR News host Cathy Wurzer on Thursday that he does not support the total elimination of state taxes on Social Security income.

Earlier this year, lawmakers reached an agreement on a tax bill that would have eliminated taxes on Social Security benefits, but the bill got hung up in the session’s closing hours and never passed. A quartet of newly elected DFL senators said last week they want to eliminate the tax because Minnesotans told them during the campaign that’s what they want.

Walz said Thursday he supports raising the threshold for where the tax kicks in, but not outright abolishing the tax.

Heading into the next legislative session in January, with the DFL poised to be in complete control of state government, Walz also said he’d like to see some of a nearly $18 billion projected budget surplus used to fund paid family and medical leave. He said that could help address the state’s workforce shortage issues — and help retain workers.

Walz was cautious about calls to reduce taxes, after a long succession of budget surpluses.

“I know that there’s Minnesotans listening to this saying, ‘you know, you overtax, you reduce taxes,’ ” he said. “Well that’s a discussion to be had, but this is one moment. If you look at the long term on this — if these receipts don’t come in next year and you drastically change the tax code, then you’ll end up with a shortage.”

Walz said he will continue to pursue a rebate or refund option to send checks to Minnesotans.

Walz also said he feels the budget surplus gives Minnesota an opportunity to make generational change with investments in infrastructure and other long-term initiatives — and that he hopes to work with Republicans to find agreement on those efforts.