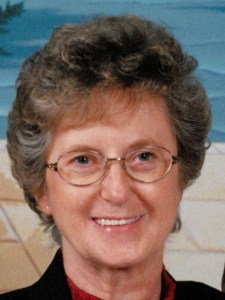 Betty Ann Brooks was born on April 16, 1943 in Albert Lea, MN, to Eddie and Netta (Madsen) Chrs. She attended country school Dist. 116 from 1st grade to 7th grade. Betty was the smallest in stature but oldest student at school until 1957; when the one room schoolhouse consolidated with Glenville High School where she graduated from in 1961. The summer after she graduated, she attended beauty school in Mason City, IA where she received her MN, IA, and NV license. She then worked with her sister and moved to Northfield, MN to help take care of her cousin’s 5 children. After a time of working at a shop, she purchased and owned her own hair salon for six and a half years, which was her proudest accomplishment. Betty then moved to Las Vegas, NV, where she met the love of her life, Richard Brooks. They were married on September 12, 1970. She always boasted that Richard spoiled her rotten, which he did! After her marriage, she worked for Bank of America for 30 years. After Richard’s death in 2011, Betty relocated to Iowa.

In Betty’s later years, she enjoyed playing with her pups, lounging in the hot tub with her great-nephews and great-nieces and being called “Aunt Bubbles.” Her love of traveling took her on 5 cruises, and she always wanted to see what the other side of the mountains looked like. She enjoyed going out with her friends and driving down to Mexico. After Dick died, Betty’s niece Marla Kaye would fly out to Las Vegas. Betty and Marla Kaye enjoyed many adventurous road trips back to Iowa.

A Memorial Service for Betty will be held at 2:00 pm, on Monday, January 30, 2023 at the Hindt-Hudek Funeral Home in Cresco, IA. Visitation will be held one hour prior to the service. She will be buried at Palm Northwest Cemetery, Las Vegas, NV, at a later date.