City ice rinks are open for the season 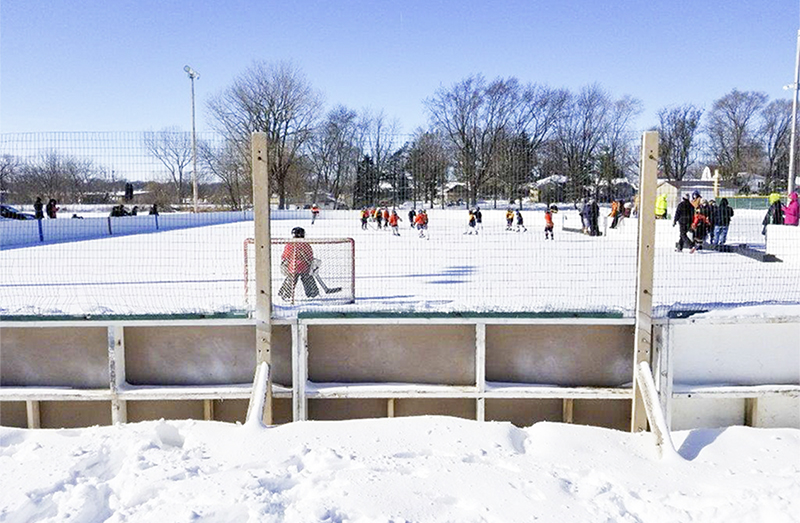 The rinks were open before New Year's weekend, as evidenced by people playing on the ice at Lakeview Dec. 28. Provided

It’s winter in Albert Lea, which means the outdoor rinks are open.

The four rinks are at Lakeview, Academy, Hawthorne and Hayek parks.

Besides pleasure skating, hockey nets are also at the parks.

Among this year’s challenges was the rain and warmer temperatures.

“It gets too cold, the water freezes too quick and doesn’t give it a smooth surface,” said Mike Veldman of senior park maintenance.

There’s also a new figure-eight layout at Lakeview Park. Last year’s layout included a single-loop that went from the rink with boards out into the park and then back to the rink. This year, the loop is a double-loop that stretches to 1,056 feet.

Michael Westney, parks superintendent for the city of Albert Lea, said the new configuration was requested by the public.

“It wasn’t much more work for us, so we decided to try it,” he said. “It seems to be going well.”

According to Cathy Malakowsky, director of community engagement and enrichment for the city, the Albert Lea Recreation Department is planning a pilot project to provide skates for use at Lakeview Park free of charge during warming house hours, though sizes will be limited to availability. She said the project could expand to other outdoor rinks in the future. More details about the skates will be released by the city once the skates are ready for use at Lakeview.

“Recreation staff is currently assessing the stock of rental skates at the City Arena and selecting skates for the outdoor rink,” she said in an email.

Warming houses will have foosball and ping-pong tables and lights will be on from 4:30 to 9 p.m.

According to Westney, the rinks officially opened for use on Dec. 30, which is around the same time as the opening last year. They’ve already received plenty of use, with Rick Rannells and Alex Bledsoe of park maintenance arriving at 4 a.m. daily.

“Christmas break for the school district we usually try to be open by,” Westney said.

Westney is also anticipating this year to be a good one, with rinks staying open until the end of February before the sun gets too high in the sky.