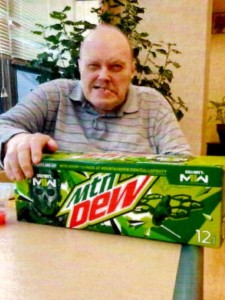 Born September 25, 1945 to Vernie and Esther (Schwarz) Lamp in Albert Lea, he graduated from Albert Lea High School in 1964. Following his graduation Dale served in the United States Army and then returned to Albert Lea. Dale worked for Cargill Foods, formerly known as Land O’Lakes. Dale’s adoration for his family was apparent as he travelled to Missouri a few times a year to visit and learn about his family’s genealogy. Friday and Saturday evenings host years of memories of spending time with his family; laughing, sharing stories, ordering in pizza and making homemade ice cream. Dale will be dearly missed by those who loved him.

In addition to his parents, Vernie and Esther Lamp, Dale was preceded in death by his brother, Thomas Lamp, and his wife, Frances, and his brother-in-law, Marvin Gulbrandson.

A funeral service was held for Dale at Bonnerup Funeral and Cremation Services in Albert Lea, MN with Pastor Don Malinsky officiating. Dale was laid to rest at Hillcrest Cemetery in Albert Lea, MN.

The family would like to extend a special thank you to the staff at St. John’s, Pastor Don Malinsky, and St. Croix Hospice.