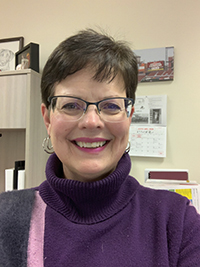 Jennifer Walsh, executive director of finance for Albert Lea Area Schools, had a few thoughts about the proposal. Walz had also not highlighted how much money each item in his proposal would cost, and neither the House nor Senate has released their proposals.

“What the governor is proposing has some very interesting items,” Walsh said.

The first proposal that stuck out to her was his proposal for changes to the general education funding formula. The formula is the greatest single source of revenue for schools.

After that, the formula would be hooked to inflation.

According to Walsh, the 4% would be more of an increase than the district received in recent history. And because it would be indexed to inflation, Walsh said it would allow districts to plan their budgeting beyond one or two years. By comparison, she noted the district didn’t know what revenue from the state would be next year despite the fact 77% of the district’s revenue came from the state.

“I very much like that the basic formula would follow inflation in years,” she said. “I like the 4% increase in the first year. I would have liked to have seen a little bit higher increase in year two than the proposed 2%.”

She also highlighted the idea of providing universal free meals to students, something that would be advantageous to a district where 62% of students qualify for free meals.

“We know that there is a significant number beyond that 62% who barely miss the cutoff,” she said.

She noted there was a lot of momentum for the idea.

Walsh had some concerns about that idea though, and said if students were getting free meals, there wouldn’t be incentive to fill out a qualifying form.
“Those forms are what generates what’s called compensatory revenue for the school district, which is a large sum of money — anywhere from about $3.5 million to $5 million a year,” she said. “If there’s no incentive to fill out those forms, I have a concern about how they’re going to calculate compensatory revenue moving forward.”

Walz also proposed reducing the special education cross subsidy by half. Currently, funding the district received does not match what they spent, mostly due to mandates.

For example, in the 2020-21 school year, the cross section subsidy between what the state contributed and what the district spent was $3.294 million.

“That amount then has to come out of our general operating funds,” she said.But Walz’s proposal would provide the district roughly $1.6 million in that cross subsidy.

Walsh would have liked to see the cross subsidy at 100%, but noted it was still better than what they received in the past.

“There was a lot of bipartisan support for that last session, but then it didn’t end up happening,” she said. “I do expect to see some special ed cross subsidy.”

Walsh noted Walz’s proposal would reduce the English Learner cross subsidy. The district is mandated to provide services to students whose native language is not English.

“Last year the difference between the revenue that we get for providing those services and what it actually cost us was about $521,000,” she said. “The governor is proposing to fund that cross subsidy by an additional 25%, so that would be about $125,000 additional revenue for the school district to help close that gap between the services we provide to our English learners and the revenue we get.”

Like the English learners cross subsidy, she wanted to see a higher cross subsidy, and said the district would still be in the position of not getting full funding.

She said she wasn’t as confident that the cross subsidy proposal would stick in the final budget.

The proposal would give additional funding to schools to address support shortages such as mental health, counselors, school nurses, school psychologists and social workers.

As the district received additional funding through the pandemic, the district was able to provide additional supports for students. Those funds are set to expire in September 2024.

“This proposal and the increase that it would provide would give us the opportunity to continue those supports that we have used the COVID funds for,” she said.

When asked what other area districts thought about the proposal, Walsh said a meeting was scheduled for February.

“It’s still so early in the process,” she said. “The final thing will look very different in all likelihood than what the governor has proposed,” she said.

Realistically, she expects districts to see increased funding, though she didn’t know if it would be a 4% increase. She also admitted indexing the education funding formula to inflation would be tough.

“Even though I really like that proposal, that ties up a lot of state funding,” she said.