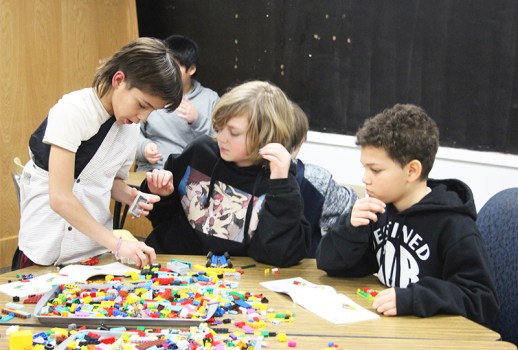 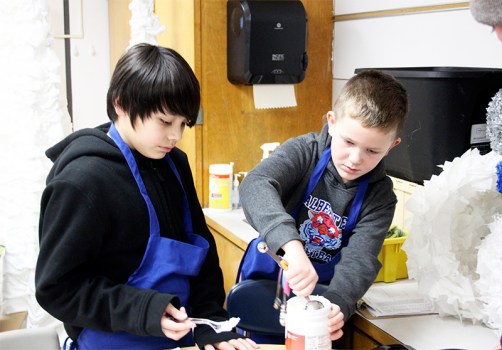 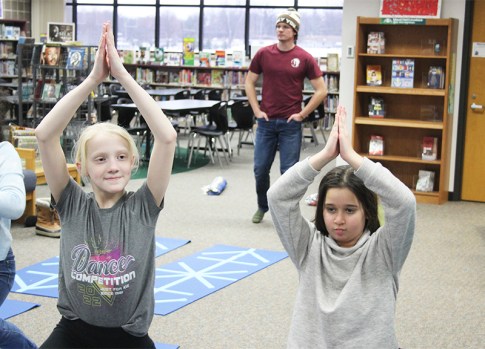 When Albert Lea Area Schools received a grant designed to give students more opportunities for learning experiences in different fields and to help them catch-up on learning during non-school hours, Scott Hanna, experiential learning coordinator for the district, had some ideas on what to do.

Currently, he’s coordinating Elementary and Secondary School Emergency Relief classes at elementary schools from after school lets out to 5:15 p.m. Mondays through Thursdays. Each class has 36 students and is one day, though parents can sign up their children for more than one day per week. The classes started Tuesday and will run through September 2024.

“So I really needed to do something.”

So Hanna spent some time telling district leaders they needed someone to coordinate the program and get it rolling because he felt the process wasn’t moving fast enough for his taste.

And because of his experience at the rock gym, the program fell into his lap.

But the programs are about more than providing activities.

Hanna said the purpose of these classes were widespread: to provide social interactions and to inspire creativity in math, science, music and physical education.

“It’s really covering a wide spectrum of things,” he said. “For me, I look at it as social interaction dynamics that the kids have really missed out on in the last couple years.”

For Hanna, who grew up in the area, spending time with friends was a big component of his education during childhood.

“These kids have gone how long without having the normal interactions that the rest of the world has just taken for granted?” he said.

He wants the program to teach students to be responsible, more confident and more respectful, the same ideas he tries to teach in Community Education.

“It was something we talked about because there’s been nothing that kids can do,” he said. “Sports were shut down, plays were shut down, the whole world was kind of shut down for social interaction.”

Tuesday had classes for leather crafting, legos and bracelet making, and Wednesdays featured classes in cooking, legos and yoga. Students do one class per day, and they can pick which one to do.

“As long as I have room [for] that number in that classroom, they can do that,” he said. “What we do is we say, “Here, what do you want to do? What’s your second choice to do?”

There are also classes in mediation, orienteering, play dough and more cooking, an activity he said was always popular.

And in the summer, he hopes to run longer programs and have living skills classes for older students. If everything goes as he hopes, he hopes to provide ESSER classes to high school students by February.

For him, the best part about starting the ESSER classes was providing opportunity for youth in the area.

“I want kids to get great educations here, and then I want them to leave town,” he said. “I want them to go somewhere else and look at it with their fresh eyes, go to college, get an education, do whatever.

“And then come back to Albert Lea and look at it again, cause the people that live here don’t notice the lake in the middle of the town very often. And the people that come here, they’re just in awe.”

Third grader Yousef Ibrahim was in the program Wednesday for lego club, and his favorite part was building.

Adrian Hernandez, a fifth grader, participated in the cooking program, an activity he enjoyed.

“I want to learn how to cook like my mom,” he said.

The program is free for students, but because there are funds, he can pay staff to run classes and move equipment. Any student in the district is eligible to participate, though some classes will only be open to children in certain grades.

“In my time in the district, I haven’t seen that before where there was so much potential,” he said.

Because schools were canceled Thursday, classes at Sibley ended Wednesday, and Hanna will start again at Hawthorne next week, then begin at Halverson and Lakeview before returning to Sibley.

“I’m very excited to see how this all plays out,” Hanna said. “I can’t begin to tell you how valuable all the support we get is. And the employees.”

Parents interested in signing up their student should expect to see a sign-up form from their child.

On Tuesday, forms went out for the first time, and by Wednesday morning he said there were “too many kids who wanted to sign up.” Each flier will tell parents how to sign up their children and when deadlines are. Only students who attend the school where the activities are being held can participate.

“It they are at Lakeview school, they can’t come over to Sibley to take a class because I’ll be at their school within a couple of weeks,” he said.

“I think that’s a good indication that the kids and the parents are ready for the children to have some experiences outside of the household that is more relevant to their age and where they’re at in life,” he said.