Lawrence “Larry” Martin Hanson, age 92 of Austin, Minnesota, passed away on Thursday, January 12, 2023, at St. Mark’s Living in Austin. Larry was born in Albert Lea, Minnesota, on September 9, 1930, to Victor and Mary (Head) Hanson. He obtained his GED and in 1947, entered the United States Air Force, serving until 1950. Following his honorable discharge from the service, Larry began his lifelong career in construction and roofing for Hill Heating and Roofing; he later became the owner, retiring in 2000. In 1952, Larry married Eleanor Adams in Albert Lea. The couple shared 24 years together and was blessed with four daughters. In 1975, He married DeAnna DeRemer at the Little Brown Church and during their 31-year marriage, they were blessed with a son, Marty. For the past 20 years, Larry shared his life with Judith Bramblett. He was a member of Masonic Fidelity Lodge No.39 since 1971, where he received many special awards and served as Grand High Priest and Grand Worthy Chief for the Universal Craftsman Council of Engineers. Larry was also a Boy Scout leader, Little League Coach and enjoyed hunting, fishing, old cars, woodworking, and above all BINGO. He will be greatly missed by all who knew and loved him. 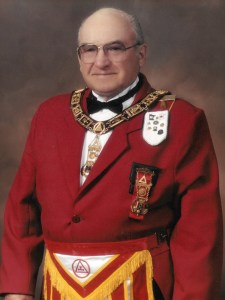