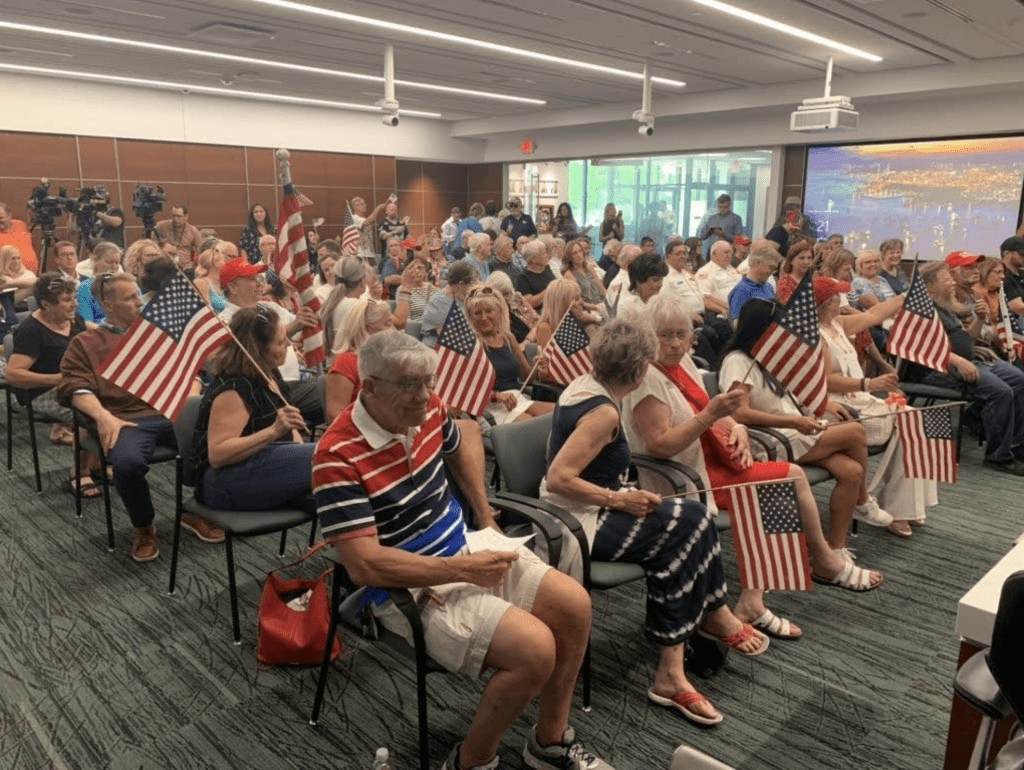 The McCourtney Institute for Democracy’s most recent Mood of the Nation Poll finds that a strong majority of Americans agree that democracy is the best system of governance, but that there are pockets of skepticism —especially among younger Americans.

Poll director Eric Plutzer, Ph.D., noted, “The sharp generational differences on multiple questions show that Millennials and, especially, Gen-Z members are disappointed in American democracy. Some may feel that democracy in America today falls far short of our aspirations, and others may feel that their generation has little voice in addressing rising prices, uncertain economic futures, debt and climate change. While most younger voters continue to show strong support for democracy, the widespread disaffection evident in younger generations is a warning sign for the future.”

The survey also asked respondents what aspects of democracy were most important to them. Most emphasize either that democracy allows “the voice of the people” to influence government, or that the system offers protection for rights and liberties.

About one-in-10, including one-in-five Independents and Republicans, emphasized that the United States’ system of government should be characterized as a republic rather than a democracy.

Half of Americans strongly agree with the statement “Democracy may have problems, but it is the best system of government,” and another quarter agree somewhat. Most of the remaining quarter indicate that they neither agree nor disagree.

While the proportion of Americans who agree democracy “is the best system of government” differs somewhat along lines of race and ethnicity, income, educational attainment and political affiliation, it differs even more by generation.

“It means that every person has a voice in how our country runs. It means that each person is responsible for themselves and each other. It means that elections matter, and that we can count on peaceful transfer of power.”
—71 year-old white female respondent from Oklahoma, Democrat

When asked to chose between democracy and dictatorship, an overwhelming majority of Americans (78 percent) favor democracy. Nine percent say that a dictatorship could be a good thing under certain circumstances, and the remaining 12 percent indicate that the system of government makes no difference.

“Democracy is rule by the people.”
—32 year-old Indigenous female respondent from Colorado, Democrat

“Three wolves and a sheep elect who gets eaten. Because the majority says the sheep should be eaten. That is the way it is.”
—27 year-old white male respondent from Pennsylvania, Republican

Similar to the response to the earlier question, the most notable group-to-group difference in response to this question is between generations. Specifically, one in five of those in Generation Z and the Millennial generation indicate that a dictatorship could be good if the situation were right. Only about three percent of those in the older generations indicated that a dictatorship could be favorable.

“Ideally, democracy is a system that gives a voice to all the people that wish it. Everyone has opportunity, it can never be completely equal. And everyone can live in dignity.”
—60 year-old Black female respondent from Oregon, political Independent

What aspects of democracy do Americans value the most?

When asked to select from a list of statements about democracy, 30 percent indicated that “the voice of the people in influencing government” is the most important aspect of democracy.

Over one-quarter said that the “protection of rights and liberties” is most important. These statements were favored by twice as many of those who agreed in the preceding question that democracy is the best system of government, as compared to those who did not agree that democracy is best.

“Democracy is government by majority. True democracies are oppressive to minorities and there has never been a lasting true democracy. We have a republic, where the people elect representatives to govern them.”
—44 year-old white male respondent from Washington, Republican

Overall, about one in seven indicated that the U.S. is better characterized as a republic than a democracy, including 20 percent among those who are skeptical that democracy is the best system of government.

Few Democrats indicated that the U.S. should be characterized as a republic, but one-in-five Republicans and political Independents chose that statement as the most salient aspect of democracy from the list provided.