Thomas Ness, 75, beloved father, grandfather, and brother passed away peacefully on January 12, 2023, with his daughters by his side. 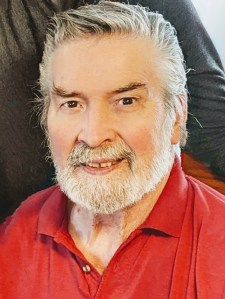 He entered this world on January 30, 1947 in Albert Lea, MN, born to Ken and Jean Ness. He moved to Wells, MN at the age of five and spent the rest of his childhood there. As one of six children, he grew up in a busy family, and loved to share stories from his childhood. He graduated from Wells High School in 1965 and attended Gustavus Adolphus College in St. Peter, MN. After leaving Gustavus, Tom followed in his father’s footsteps, and opened a photography studio in Blue Earth, MN where he worked for several years. It was during this time that he entered the Army Reserves where he served honorably until his discharge in 1972.

Tom married Vickie Ruffing in 1969, and they made their home in Lyle, MN. Tom worked for Hormel for one year, and never quite enjoyed jello or hot dogs the same again. In 1974, Tom and Vickie moved to Albert Lea, MN where Tom returned to photography and opened Ness Studio. He was a part of many people’s lives as he took photos ranging from baby pictures to weddings and everything in between. Tom and Vickie had two daughters, Jenna and Krista, who started as and remained the light of his life.

Tom spent the later years in his life working for Waste Management. After his retirement, he worked as an anger management counselor for Freeborn County for both adults and teens. This job brought him great joy. Tom had such a positive outlook on life, and he loved to share that with others. He was eternally optimistic.

Tom’s other passions in life were baking cookies for others, spending time with his daughters and their families, and watching Minnesota Vikings football. His positive attitude in life was infectious, and will be missed by all that knew and loved him.

Left to cherish his memory are daughters, Jenna Muggli, and her husband James, of Rochester, MN, and Krista Hustad, and her husband Tyler, of Lonsdale, MN; grandchildren Taylor, Tyson, and Kenyon Hustad; brother-in-law, Morrie Oldfather; brother, Chuck (Laurie) Ness; brothers, Bill (Tricia) Ness and Jamie (Judy) Ness; his ex-wife and lifelong friend, Vickie Severson and her husband Bob; along with many nieces and nephews.

Thomas was preceded in death by his parents, Ken and Jean Ness, brother and sister-in-law, David and Yvonne Ness; sister, Kathy Oldfather; and nephew, Derek Oldfather.

A memorial service will be held on Saturday, January 21, 2023 at 12:00 PM at Bonnerup Funeral and Cremation Services in Albert Lea, MN; Pastor Marcia Pederson will officiate. Tom’s family will greet friends at a visitation one hour prior to the service at the funeral home.