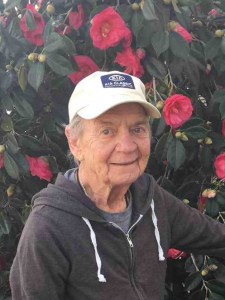 Thrya Ann “Annie” Ericksen was born on April 12, 1934, to Nels and Ebba (Hansen) Ericksen in Albert Lea,  MN. She was baptized and confirmed at Trinity Lutheran Church in Albert Lea. Annie’s family lived on  Moraine Point, of the now, Helmer Myre Park, until they moved to the family farm east of Glenville. Annie  graduated from Albert Lea High School in 1953. She then worked for a short time at the law office of William  Sturtz. Annie decided to take off on an adventure to California. There, she worked in a law office and met her  husband Arthur Fleming Wright. They made their home in the Kensington division of San Diego. While  married to Arthur she learned to golf and became a member of the San Diego Country Club, she became an  excellent golfer, winning numerous tournaments including the Southern California Amateur twice, The  Hawaiian Amateur Open and the Dominican Open along with numerous Club tournaments thru the years. She  and her sister Audrey enjoyed golfing together. Through the years they played together in numerous  tournaments and Annie caddied for Audrey in Germany at military tournaments, at Ramstein and Berlin, which  Audrey won.

After Arthur died, Annie met and married Peter Pavlian. The two of them resided in Annie’s home on Palisades  Road. Peter and Annie both enjoyed years of golfing at SDCC. After Peter’s death, Annie continued to reside  in her home and golfed regularly with her friends. Annie had 17 hole in ones in her golf career, eagled every  hole at the San Diego Country Club – except #13. She loved to have family and friends come to visit and stay  in her home. It was a warm and welcoming place for all who came.

Annie got her great nephew Devin started in golf at a very young age and shared her love of golf with him and  his brother Kellen; as well as passing on her love of cooking and creativity to her great niece Taryn. She  enjoyed gardening, sewing and crafts and was a wonderful cook; but the love of her life was golf. Once her  battle with Parkinson’s became too much, she returned to Albert Lea to be closer to family and care.  Her family is grateful to Nicole Sevcik, Judy Duquette, Ann Thom and all of the amazing staff at the  Woodlands for her wonderful care – also the kind and caring staff at St. Croix Hospice.

Survivors include her sisters, Esther Nelson of Glenville and Audrey (Marvyn) Olson of Edmond, OK; sister-in- law, Carol Ericksen of Folsom, LA; many nieces, nephews, great nieces and nephews, great-great nieces and  nephews; her many golf friends and neighbors in San Diego; and also a cousin, Henning Poulsen and family in  Denmark.

Per Annie’s wishes there will be no services. Her only request was that you enjoy every day you have and  spend as much time out on a course as you are able. Blessed be her memory.