Updates from Upperclassmen by Erika Saindon

How would you react to the comment, “You are weird?” Would you get offended? Maybe confused as to why you were targeted with the use of this word, a word that intentionally tells you that you don’t fit into society’s standards? For example, “Wow, why are you dressed that way, that’s so weird” — you should dress to fit the standards of society. “Ewww … this food is so gross and weird; what is the deal with all of these spices?” — food should always taste the same. Why are all of these things showing that something is weird? Is it the fact that some people don’t fit into society or is it the fact that society is so damaged by people that the only correct way to do something is your own? Maybe instead of shaming people for their differences, we should celebrate people for just being themselves. 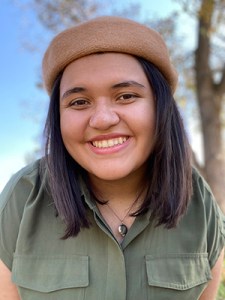 This idea is also known as an opinion. An opinion is not factual evidence; it is what you think as a person. The environment around us has had such an impact on our opinions that sometimes we as individuals find it difficult to think for ourselves. These opinions determine what we wear, what we say and even how much value we put on an object. According to Britannica, an article that points out key facts about opinions, it states, “People usually adjust their attitudes to conform to those that are most prevalent in the social groups to which they belong.” In our society today apparently it is not normal to think for yourself. In order to fit into our community, you must push down your true feelings and pretend.

In our community today we are influenced by the media and even these ideas that are engraved into our minds. An example of this would be what we see in magazines and even in the shows that we find to be entertaining. According to Yammina Kassir, staff writer of the Standard, “Nowadays, beauty is not measured by uniqueness, but by a number on a scale or the size of one’s waist.” These unrealistic standards that we put on people creates a toxic environment of how things are perceived, including how a person should look.

This image of how we should look was created by what people put out in the media. According to the article, “Body standards are a social construct that are enforced in day to day interactions and are perpetuated by social media.” So what are these standards? In order to be perceived as beautiful, you have to be skinny, have big lips and other unattainable features. But just because the number on the scale isn’t small enough for people does not consider you weird. We as people should be able to celebrate the uniqueness of our bodies, not be shamed. We weren’t meant to fit in; we were meant to stand out.

These differences that we often see aren’t always the only differences that are there. People consider others who are mentally different today to be not entirely what society would call normal. So, what are these differences that may not fit society’s norm? You talk too much. You talk too little. Why are you so loud? You also have to be perfect. Stand up tall and talk only when you are told. This is the reason why some people are too afraid to speak, too afraid to be themselves. People attempt to fit everyone into the same “perfect” mold, a mold that tells what you are supposed to be. According to Dempsey, a staff writer for the Frontiers, “Social norms are typically defined as ‘rules and standards that are understood by members of a group, and that guide or constrain social behaviors without the force of law.”’ Some people don’t follow these “norms.” They believe it is wrong to broadcast a certain norm. Why is this considered weird? Weird for not staying silent? Weird for just wanting to be ourselves and not letting society’s norm change that? Let’s not give into society’s norm; instead next time when someone calls you weird, just say “thank you.” After all, you may not be weird, you may just be different.

Erika Saindon is a senior at Albert Lea High School.