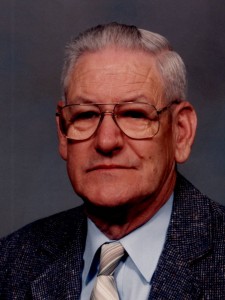 Born on February 19, 1931 in Kankakee, Il, he was the son of the late Edward and Phoebe Neff. He attended grade school and high school in Kankakee, IL and on November 2, 1951 he enlisted in the United States Navy. William served as an Aviation Ordnanceman Third Class and was stationed at the Fleet Air Wing Three, Naval Air Station in Quonset Point, RI. His duty assignment in the Navy was to repair artillery on military bombers and guard the eastern cost of the United States and to take flight on the bombers to ensure all equipment was working properly. William was honorably discharged from the Navy on January 5, 1956.

William returned to Albert Lea where he wed Goldean (Goodrich) on June 25, 1950 at First Lutheran Church in Albert Lea, MN. Together they continued to make Albert Lea their home where they raised their three children Paula, James and John, and shared 40 years of marriage.

William was employed at Universal Cooperative in Albert Lea where he began his career in production and worked his way to plant manager; a position that he later retired from. As a devoted serviceman, William he served 69 years with the American Legion Post #65. As part of the American Legion’s Honor Guard, William was able to provide military honors to more than two thousand veterans and their families. He was named “Legioneer of the Year” in 1986 and served as commander of the club from 1960-1961. He also bartended for several years at the club and began the tradition of Tuesday Night BINGO, which continued for 40 years. He was extremely proud to be a veteran and loved to serve his community.

In his free time William was an avid golfer and could be seen at the golf course any day of the week and would proudly speak of how many rounds he shot throughout the year. William was a longtime member of First Lutheran Church in Albert Lea, MN and served as an usher.

William adored his family and they were his most treasured gift in life. No birthday or anniversary went unnoticed and a card was always sent and received on time. He was always available to lend a hand whether it be to help unlock a vehicle, let dogs out while someone was gone, or take kids to school. He would have driven from one end of the earth to the other without hesitation to help anyone who asked for his help. Sundays were reserved for playing poker – with nickels and dimes – and as you departed he was sure to tell you “Tell ‘em where you got it”. His home also hosts years of super bowl parties where pizza was always on the menu.

A funeral service will be held on January 27, 2023 at 11:00 AM followed by military honors at First Lutheran Church in Albert Lea, MN; Pastor Roger Fears will officiate. A visitation will be held one hour prior to the service at the church. Interment will be at Hillcrest Cemetery, Albert Lea, MN.

In Lieu of flowers, memorial contributions may be made to the American Legion Post #65 Honor Guard.