Dance time at the fair 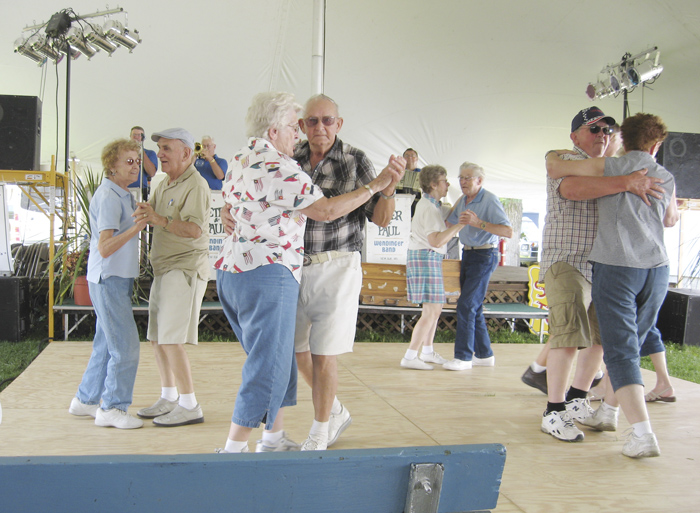 When the Peter and Paul Wendinger Band from New Ulm started to play “Moonlight and Roses Waltz” just after noon at Entertainment Square on Wednesday, five couples went on the plywood floor to dance. The Wendinger Band has played at the Freeborn County Fair several times in the past and area old time music fans filled the seating area to hear some songs in both English and German. -- Ed Shannon/Albert Lea Tribune