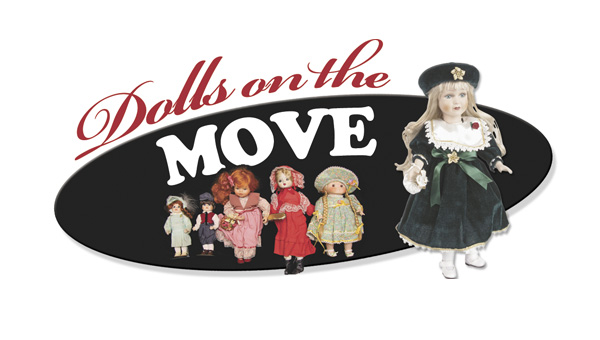 Editor’s Note: This is the second of a two-part series.

Albert Lea’s Story Lady Doll and Toy Museum was nearly ready to open in April 1996. The hard construction work had been completed, the new display cases were being filled, and only minor details remained. However, there was a space above the display cases up to the ceiling in the exhibit room that seemed be stark and uninviting. 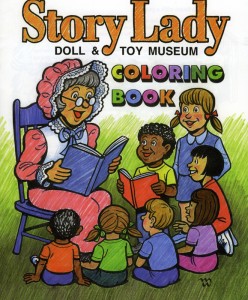 This is the cover of the coloring book created by Albert Lea Mayor Marv Wangen in 1997 based on the drawings he created for the Story Lady Doll & Toy Museum. Now the drawings have been moved from the North Broadway Avenue location to the Freeborn County Historical Museum, Library & Historical Village. Incidentally, the m-over-w design in the lower right corner is the distinctive way Wangen signed his drawings. -- Photos courtesy Story Lady Doll & Toy Museum

As a means of filling the space, Marv Wangen, a local cartoonist, owner of a graphics firm and the city’s mayor at that time, offered to create large cartoon drawings of various stories and nursery rhymes. The drawings were done in black and white so as not to detract from the main museum attractions displayed below the collection of dolls and toys in the museum’s display area.

The drawing subjects range from common, well-known stories to the more obscure. In commenting on his work, Wangen said, “I thought these drawings would give people something additional to look at as they visit the museum; and they might prompt children to ask questions about them, and in doing so, keep these stories alive.”

The drawings became a topic of interest to museum visitors. Because of that interest, the museum directors decided in 1997 to reproduce 20 of these drawings in a book so museum visitors could have them as a memento of their visit. The book was published by Church Offset Printing Inc. of Albert Lea and sold in the Story Lady’s gift shop. Copies of this book are still available

By printing them as a coloring book, the book’s introduction states, “They provide entertainment for children, as well as encouraging their desire to learn what the stories and rhymes are about.” 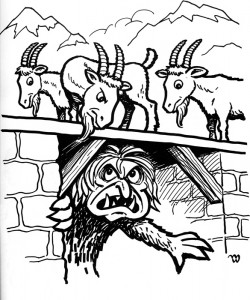 These illustrations are on 23 inch by 29 inch heavier drawing paper. Now they have been removed from the Story Lady’s location on North Broadway Avenue and taken to the Freeborn County Historical Museum, Library and Village on North Bridge Avenue. Sometime in the future they will again go on display at the county’s museum.

Wangen began cartooning as a preschooler by trying to copy comic strip characters. While in the U.S. Army at a base in New Mexico he created a cartoon series for the base newspaper. One of his cartoons won the Department of Defense Cartoon of the Month award in a competition with other American military newspapers around the world. He also created cartoons for other purposes, both as a hobby and as part of his graphic arts and advertising business. His best-known artistic creation is likely the blue, white and green sailboat design used as Albert Lea’s official emblem. 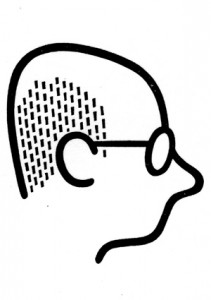 This caricature is next to Marv Wangen’s profile in the coloring book. Wangen is an Albert Lea native who began cartooning at an early age. -- Photos courtesy Story Lady Doll & Toy Museum

Note: The artwork used with this article is copyrighted and used with permission from the Story Lady Doll & Toy Museum.