Memorial services for Richard Warren Springborg, 64, of Albert Lea will be held on Wednesday at 2 p.m. at Bayview/Freeborn Funeral Home. The Jeff Laeger-Hagermeister will officiate. Military honors will be accorded by the Freeborn County servicemen’s organization. Friends may greet the family one hour prior to the service on Wednesday. To sign the guestbook go to www.bayviewfuneral.com. 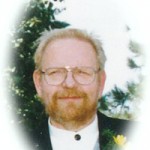 Richard Warren Springborg was born on June 1, 1946, in Albert Lea, the son of Elmer and Helen (Anderson) Springborg. He attended and graduated from ALHS and attended Riverland Community College for two years. Richard served his country in the U.S. Navy. He worked for Progress Casting until they closed. On July 2, 1973, he was united in marriage to Karen Mills in Sioux Falls, S.D. He enjoyed riding his “boss hoss” going for drives at the state park every evening and loved his family and spending time with each of them. He was a kind and caring husband, father and grandfather. Working around the house, talking to his coffee buddies and taking care of his granddaughter were his favorite pasttimes.

Richard was preceded in death by his father, grandparents, and his Aunt Ruth Gentzhorn.