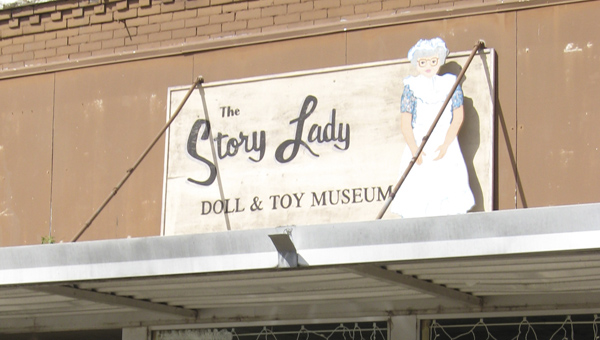 For the past 14 years the Story Lady Doll & Toy Museum has been at 131 N. Broadway Ave. -- Ed Shannon/ Albert Lea Tribune

Albert Lea’s Story Lady Doll & Toy Museum, 131 N. Broadway Ave., is now in the process of both closing its retail store and moving its extensive collection of dolls and some toys to the Freeborn County Historical Museum, Library and Village on North Bridge Avenue.

The North Broadway Avenue location will close at the end of August, according to Jean Jordan, president of the board of directors. The gift shop has had a sale since July and will have what’s called its “big sale” on Aug. 19, 20 and 21. Most of the items on sale are dolls but there are some other toys.

“Our plan was to have toys and dolls (exhibits) end up at the museum. The economy and financial conditions just made the move come sooner,” Jordan said.

The museum was created in 1996 by retired school librarian, the late Norma Robson, She was a doll collector who presented programs for area children and became known as “The Story Lady.”

Karen M. Callahan, the museum’s director, said the place operated as a “nonprofit organization run entirely by volunteers.” In an article she wrote for the September 2008 issue of Dolls Magazine, Callahan said this museum “has become a home to approximately 1,500 dolls and toys.”

The museum had three sections. The gift shop was in the front portion. The middle portion consisted of donated and loaned displays of antique and collectible dolls and toys. Some of these items have already been returned to their original owners. The back portion was the display area for the doll and toy collection. These are the items now being taken to the museum.

More information about the relocation will be in the Aug. 20 issue of the Tribune.