In loving memory of Eileen Karen Steckman, 68, whose journey in this life ended Friday, Oct. 8, 2010.

A memorial will take place from 5 to 7 p.m. today at Bayview/Freeborn Funeral Home. Funeral services will be held at 11 a.m. Tuesday at Bayview/Freeborn Funeral Chapel. Guest book signing will be at the memorial today and one hour prior to the funeral service on Tuesday or online at www.bayviewfuneral.com. The Rev. James Berning and Deacon Mike Ellis will officiate. Interment will be at the St. Theodore’s Cemetery. 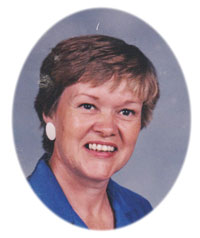 Eileen passes on a legacy of uncommon wisdom, pragmatism, and humor to her four children and six grandchildren, embodied by her resonating refrain, “If wishes were horses then beggars would ride, if horse chips were biscuits we’d eat ‘til we died.” Which was frankly lost on her children until the day before yesterday; except for her youngest (that’s me!).

Clearly, Eileen’s guidance, love and support are still sorely needed, however, in true Steckman form we will soldier on, THANKFUL. “Don’t cry because it’s over, Smile because it happened.” Dr. Suess